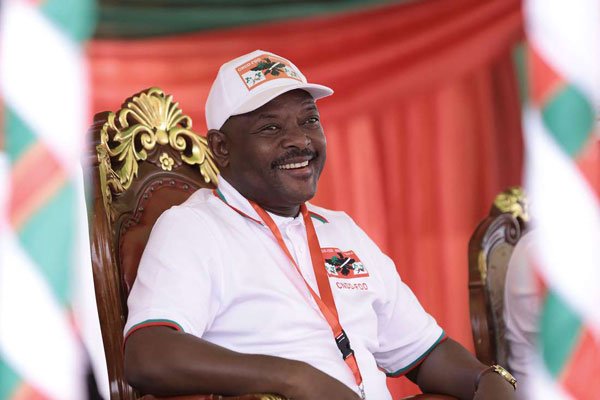 Burundi’s President Pierre Nkurunziza died on Tuesday a lonely man, having alienated himself from regional leaders, save for President Uhuru Kenyatta.

A football-loving pastor who liked spending his free time in the pitch playing for his Hallelujah Football Club, Mr Nkurunziza, 55, was an affable man who rarely failed to join his regional counterparts for meetings.

But all that changed in 2015, when he chose to run for a controversial third term.

This announcement would be his Waterloo moment, as it would later plunge his country into chaos, and anger as part of the country’s political class questioned the legality of his bid.

On the morning of Wednesday May 13, 2015, Mr Nkurunziza was in Dar es Salaam with fellow East African heads of state, including Tanzania’s Jakaya Kikwete, Uhuru Kenyatta of Kenya, Paul Kagame of Rwanda and Uganda’s Yoweri Museveni. The then South Africa Deputy President Cyril Ramaphosa and African Union Commission chairperson Nkosazana Dlamini Zuma were also in attendance.

As his counterparts discussed a briefing received earlier from their foreign affairs ministers over the political crisis in Burundi, Mr Nkurunziza sat at the Serena Hotel, awaiting a signal to join the meeting.

Then word came in that he had been toppled, with Maj-Gen Godefroid Niyombara announcing that the army had dismissed President Nkurunziza.

This would be his last meeting with his regional peers and also the last foreign trip he would make in his presidency.

A day later, and with the help of Tanzania, Mr Nkurunziza managed to get back to his country, through his hometown of Ngozi. After foiling the coup plot, he emerged a different leader, who would not trust his regional counterparts.

From the open mutual dislike with Mr Kagame and his mistrust of Mr Museveni, his friends in the region were few and far between.

Save for Tanzania, which it shares a border with and depends on for imports, during his five years of isolation from his regional peers, Mr Nkurunziza maintained an open line of communication with Kenya, in what diplomatic chatter described as his « trust on Kenya’s leader’s apolitical stance » during the 2015 conflict.

Tanzania also remained cordial to Mr Nkurunziza, allowing Bujumbura officials easy access to the country, a gesture that was reciprocated, both through economic cooperation’s but also humanitarian assistance for its refugees.

The same cordial relations would see the two leaders take a similar stance on the Covid-19 pandemic, going against the region’s wave of lockdowns, and the World Health Organization’s measures. Bujumbura at one point even threw out WHO representatives.

A week after the failed 2015 coup, it was President Kenyatta who would maintain a direct line of communication with Mr Nkurunziza, conveying to him the thoughts of his regional peers, including asking for a postponement of the 2015 elections, a request the Burundi leader turned down.

After the election and solidifying his grip on power, Mr Nkurunziza’s key allies, including top military officials, ministers and key government officials, would take advantage of Kenya’s embrace, and have unfettered access to the country, including its healthcare.

The mutual trust between the two leaders came to the fore last week when Burundi’s First Lady Denise Bucumi Nkurunziza, an evangelist, had to be airlifted to Nairobi’s Aga Khan Hospital, where she remains in treatment.

Mrs Nkurunziza also received an official condolence message from President Kenyatta over the loss of her husband.

The two leaders made contact way back in 2013 when President Kenyatta was engaged in his shuttle diplomacy in the region at the start of his first term. Mr Kenyatta visited Bujumbura, accompanied by several legislators, and discussed « a wide range of issues of mutual interest touching on regional cooperation and development of the EAC. »

These friendly relations, post-coup, would later see Kenya’s Deputy President William Ruto make a trip to Bujumbura in 2016, where he held a meeting with his host. He remains one of the few top regional leaders to ever set foot in Bujumbura after the purge.

On Tuesday, President Kenyatta said that the death of President Nkurunziza was a big blow, as it had « robbed East Africa of a leader whose contribution to the integration and progress of the region shall be sorely missed. »

« He was an exceptional leader in many ways. He was a man of great courage: never afraid to fight for what he believed was right and was always ready to make peace when the time was right. His perseverance and determination saw him pursue his vision for a peaceful and stable Burundi, » Mr Kenyatta said.

He was due to hand over power in August to president-elect, and ruling party candidate, Evariste Ndayishimiye, who won the elections last month.

Even faced with a serious health risk and with his wife away seeking treatment abroad, President Nkurunziza died while in self-isolation, opting to stay put in his country. 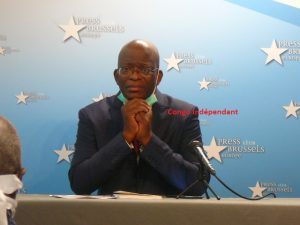