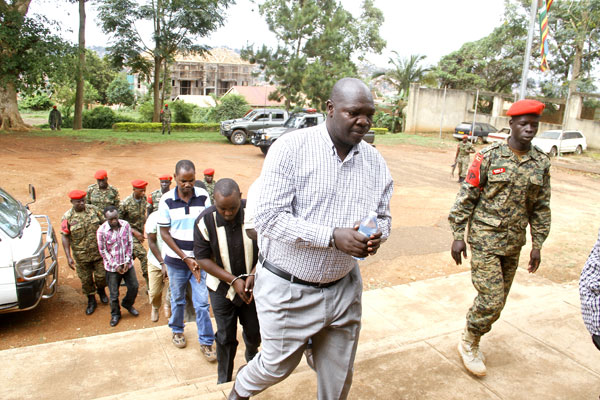 Kampala. When senior police officers were arrested by the Chieftaincy Military Intelligence (CMI) on or about October 24, several assumptions were advanced regarding the cause of the arrests.

One speculation linked the arrests to the murder of former police spokesman Felix Andrew Kaweesi while another pointed to the police officers’ role in the illegal extradition of perceived Rwandan dissident refugees from Uganda back home where they faced persecution and prosecution.

There were some other theories about the arrests but they are of little significance.

The accused officers are: Senior Commissioner of Police Joel Aguma, Senior Superintendent of Police Nixon Agasirwe and five others.

Daily Monitor has established there were particular incidents that happened both at and outside State House that took place in the build-up to the arrests.

A week before the arrests, President Museveni had called a meeting of top security chiefs at State House to discuss the arrest of a former Congolese minister at Entebbe airport.

Mr Mbusa Nyamwisi, a former presidential candidate in DR Congo, was arrested by police at Entebbe airport on October 17 as he was leaving the country shortly after meeting President Museveni at State House, Entebbe.

According to security sources at the airport, Superintendent of Police Innocent Tusiime, currently under detention following arrest by CMI, had been acting as the Aviation Police Commander after Colleb Mwesigye, who died last week, went on sick leave.

The sources said Mr Tusiime ordered Mr Nyamwisi’s arrest despite pleas from officers of the presidential guard Special Forces Command (SFC) who knew him. »There was scuffle at the airport. We don’t know who had ordered the arrest of Nyamwisi because police defied SFC. We were told there was a [waiting] plane ready to summarily fly him out of the country », a senior security source at the airport said.

It is not clear who instructed Tusiime to arrest Nyamwisi. But given Nyamwisi’s VIP status, it became inconceivable that an officer of Tusiime’s rank would arrest him without express directives from « a very senior » person in the police hierarchy.

« Where would he get the audacity to defy Special Forces? » the source wondered.

A security source said the scuffle between the police and SFC soldiers over Nyamwisi’s arrest lasted about two hours until the SFC commander, Col Don Nabaasa, intervened.

Nyamwisi had already missed his flight but he had been rescued from the police from a seemingly kidnap plot.

Mr Nyamwisi headed a rival Congolese rebel group to the Rwandan-backed faction RCD-Goma during the rebellion against the late DR Congo president Desire Laurent Kabila in the late 1990s.

Several hours into the intensive deliberations, Gen Kayihura and Col Bagyenda were ordered to leave the meeting. After the departure of Kayihura and Kaka, sources said, President Museveni was also informed of another incident where two Rwandan exiles had arrived at Entebbe airport and were kidnapped by police and taken back home. Their fate is unknown to-date.

The security chiefs further told the President how about 200 refugees from Rwanda, DR Congo and South Sudan have been kidnapped in the last five years with assistance of Uganda Police and forcibly taken back home. Their fate is unknown to-date.

The sources said the President was further told that security operatives from that country, which is codenamed « the country over there », had infiltrated the Uganda Police and were kidnapping perceived dissident refugees at will. This ran contrary to Uganda’s appraised hospitality to refugees and friendly refugee policy and was damaging the country’s international image.

In 2013, the UNHCR representative in Kampala, Mr Muhammed Abdi Adar, had in an interview with BBC raised alarm over the kidnap and disappearance of refugees who he said Uganda had a duty, under international law, to protect.

« I think the actions that have taken place in the last two weeks in which, to my knowledge, some three refugees were abducted or have disappeared really puts the reputation of this country into question », he told the BBC’s Focus on Africa programme on August 22, 2013.

He added: « My greatest concern is the sense of impunity that refugees, under international protection, could disappear ».

Other issues came up which included Eritrean businessmen who fled their country to start businesses in Uganda and South Sudan but were allegedly being kidnapped here by security operatives in connivance with bank officials.

During the meeting at State House, sources said, the President was told bank officials revealed to security operatives the amount of money these businessmen had on their accounts before they were kidnapped and their money shared between the bankers and the kidnappers.

On October 27, 2016, an Eritrean national, Daniel Weldu Okba Michael, who had accounts in four local banks with a savings credit balance of more than Shs7 billion, was kidnapped by security operatives and forced to sign cheques to them before he was shot dead and his body dumped at a farm in the cross-border district of Busia in Kenya.

Our security sources said after hearing the stunning revelations, President Museveni ordered Gen Muhoozi and Col Kandiho to arrest the police officers implicated in the kidnap of refugees from Rwanda and other neighbouring states. « That’s when the case of Lt Joel Mutabazi surfaced because there was evidence against some of the police officers », the security source told Daily Monitor.

Mr Mutabazi, a former escort of Rwandan President Paul Kagame, was kidnapped in October 2013 from Sky Hotel in Naalya in Kampala and handed over to Rwandan security operatives. In 2014, he was sentenced to life imprisonment.

After his illegal extradition, the then police publicist, now Mityana District Woman MP Judith Nabakooba justified the dubious deportation claiming it was based on a memorandum of understanding (MoU) signed between Gen Kayihura and his Rwandan counterpart to extradite either country’s criminals.

However, this purported MoU hit a legal snag. Lt Mutabazi had been declared a refugee under the United Nations convention and would not ordinarily and legally fall under the category of alleged criminals extraditable under such a pact.

Before his forced repatriation, Rwanda had claimed he was wanted over a bank robbery but he was later charged with conspiracy to kill Kagame and terrorism by throwing grenades in Kigali.

In November 2013, one month after Lt Mutabazi’s kidnap, President Museveni directed CMI not to involve itself in issues of refugees because it was purely a police matter. However, kidnaps continued until a point when Mr Museveni changed his position and asked CMI to take action.

Last month’s attempted arrest of Nyamwisi at Entebbe airport was the climax that exhausted Mr Museveni’s patience and triggered the CMI crackdown; things fell apart on the implicated police officers. 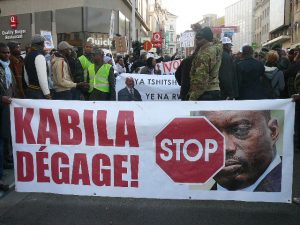