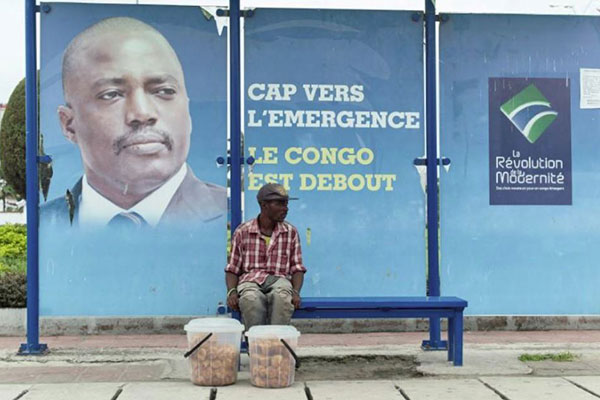 From the sprawling capital Kinshasa to villages deep in the equatorial forests, Congo’s ruling PPRD is in full-on election campaign mode – and President Joseph Kabila’s face is everywhere.

The deadline for declaring candidates for Democratic Republic of Congo’s scheduled December 23 poll is just over two months away, and Kabila, 46, is officially not allowed to run again.

But his bearded portrait smiles down from billboards and T-shirts being printed by his People’s Party for Reconstruction and Democracy (PPRD), while there is no sign of a successor.

After a reshuffle this month of Congo’s Constitutional Court and provocative comments from members of his inner circle, suspicion is rife that Kabila—in power since the death of his father, Laurent, in 2001— intends to bypass the constitution and run for a third term.

Any such move would likely ignite chaos across the vast, mineral-rich country, which has never seen a peaceful change of power in the 58 years since independence from Belgium.

« We were with Kabila, we are still with Kabila and we will still be with Kabila, » PPRD permanent secretary Emmanuel Ramazani Shadari said on May 5 in an address aired on radio.

A spokesman for Shadari did not respond to a request for clarification, Kabila has repeatedly dodged the question and government spokesman Lambert Mende told reporters on Monday he was « not aware of a plan to change the constitution ».

Kabila is unpopular in the capital Kinshasa and many parts of the country. A rare poll released in March showed that eight in 10 Congolese have an unfavourable opinion of him.

Scores have died in protests since he refused to step down when his mandate expired 18 months ago.

Militias have proliferated, killing and displacing villagers, kidnapping foreigners and shutting down eco-tourist spots. The violence has hit mining operations in Africa’s top copper producer and the world’s leading miner of cobalt, prized for batteries for electric vehicles.

His opponents fear the court will legitimise running again on a legal technicality – the fact that electoral procedure in the constitution has changed since Kabila was first elected in 2006, although the two-term limit was there before.

« The legal basis that legislated the 2006 elections was different from the one of the 2011 elections, » legal expert Jean-Cyrus Mirindi, a Kabila ally, told a debating forum in Kinshasa late last month.

Long before the changes, the court had ruled when Kabila’s mandate expired in 2016 that he could stay on until the poll.

Another option for Kabila is to hold a referendum, as his allies have sometimes suggested and as the presidents of neighbouring Rwanda and Congo Republic did.

Resistance could come from Congo’s Catholic church, which has slowly transformed from a mediator for peace to lightning rod for dissatisfaction with Kabila.

Donatien Nshole, spokesman for the church council, told a news conference this week « the bishops will never support » a Kabila third term.

It would also set Congo on a collision course with Western powers and its neighbours— both of which have a history of meddling in its affairs.

Wars between 1996 and 2003 sucked in nine African armies and killed millions.

Rwanda and Angola fought on opposite sides during a 1998-2003 war, but both are increasingly alarmed at Congo’s slide towards instability.

« Congo… will not let any person, state or interest group… substitute itself for the Congolese people in deciding its future, » government spokesman Lambert Mende said on Monday. 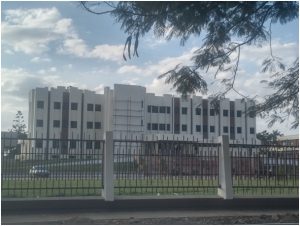 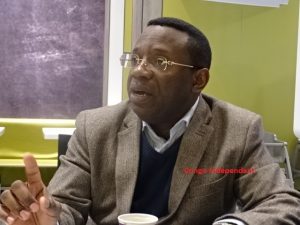