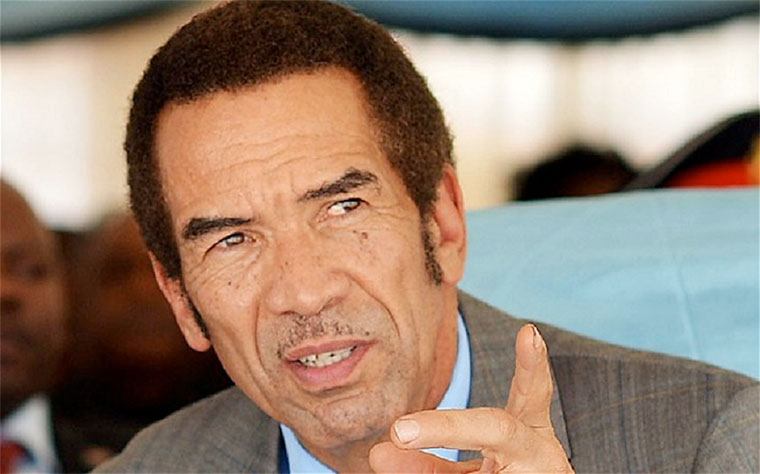 Botswana’s President Seretse Khama Ian Khama was the first African head of state to call on Zimbabwe President Robert Mugabe to step down during the recent crisis in that country.

Prior to Mugabe’s resignation, the Botswana leader said Zimbabweans have been subjected to untold suffering for a long time, due to what he says is poor governance under Mugabe’s leadership.

Khama spoke to VOA’s Peter Clottey about the recent developments in Zimbabwe. The transcript of the interview has been edited for length and clarity.

On Mugabe’s decision to step aside

My reaction to that is that is long overdue because for too long has he presided over a poor government in that country, which has led it to the state it has found itself today. And with millions of his people having to seek opportunities in other countries.
And also the deficit, the huge deficit in democracy that country has, so it’s just been, unfortunately, from the days of independence 37 years ago, all those years have been lost when Zimbabwe could by now have been far ahead and economically politically, and in many senses, even the lives of Zimbabweans could have been much higher — enjoying a much higher standard of living than the situation today.

Well, Mr. President you have been at the forefront calling for democracy in Africa. You’ve called on President Mugabe, when he was leading, that it was about time he left.
When you meet your colleague heads of state who want to stay there in perpetuity, what do you tell them, Mr president?

So Mr. President, why do you think African leaders try to stay in power for a long time, despite the fact that citizens in the country get tired of them.
They voice it out, yet they come up with arguments to say the people want them to stay. They change the constitution. Why aren’t they following examples of Botswana, Ghana, and Benin and a few other countries, who are charting the course of democracy on the continent?

First of all, I would say it’s not only African leaders, there are, I think, many other examples in other parts of the world where leaders try to stay in power beyond the time that they should.
But then in many cases you find that they have used their positions as leaders for self-benefits, for self-interest, and then they lose sight of why they were put in those positions. And I think it’s the issue of power, and I said to someone else recently that, you know, it was [former British PM] Tony Blair, I think who said that the best way to deal with power is to relinquish it.
So, when you’re in office, the trappings that come with it, the benefits that come with it, and everything like that, to then see yourself one day just as an ordinary citizen once again, for some it’s probably just too much of culture shock, and therefore they just want to hang on and go on forever.

What are your hopes for Zimbabwe?

Well, I think, I think my hope for Zimbabwe is to be able to really reach its full potential for the benefit of its citizens. We would, like as I said earlier on, you know, they have been long suffering, and I know, being a neighbor, that country has immense potential.
And I’m pretty sure that if (new leader Emmerson) Mnangagwa really sets his sights on encouraging investments through providing a window of opportunity, embracing democracy, you’re going to find domestic and foreign investors coming back into that country in a big way. And I think very soon, they’ll be back on their feet again.
So, they just need to be able to get over this political intolerance that they have had for so many years, where the opposition is seen as enemies.

What is your message to the people of Zimbabwe as they head in to unchartered waters at the moment?

I think they have tasted, even if it’s just been for a week, they’ve tasted what democracy can bring them. They’ve been able to go onto the streets without being beaten up. They’ve been able to voice their opinions about President Mugabe when he was still in office without any crack down.
The papers have been able to write whatever they want, so they’ve experienced it and I would say to them, they should hang on for their lives to this.
What they have already tasted they should build on and not allow politicians to ruin their lives that. I’m sure many people who have been outside the country also want to come back into their country and make a living there.
I don’t think it was by choice necessarily that they left their country, so I’m sure they all want to come back and now when you saw the celebration on the streets in various centers in Zimbabwe that should have been an indication to anybody how much they want change. It will be a very brave person who tries to take them back to where they were before, during Mugabe’s era. 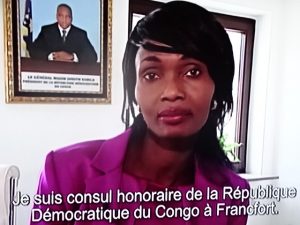