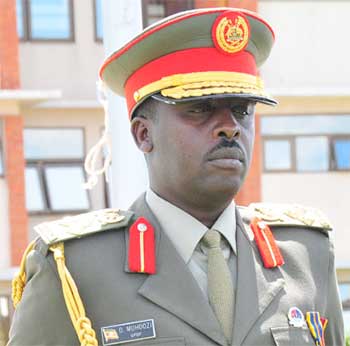 In Gen Kale Kayihura’s absence, Gen David Muhoozi, the Chief of Defence Forces (CDF), has taken over some of the security roles of the Inspector General of Police, The Observer has learnt.

According to our sources, the army chief is now chair of the Joint Operation’s Committee and is also co-ordinating security arrangements for the Nile Basin summit that started on June 15 at Speke Resort Munyonyo.

Both roles would, under normal circumstances, be under the firm grip of the IGP, who has been out of the public eye for at least three weeks.

Some media reports claimed that Kayihura was ill and abroad for treatment but police maintain that the IGP is away in Turkey on official duty.

On Saturday, Police spokesman Asan Kasingye sent out photos of Kayihura visiting Adana Forensic University, which is 650kms away from Ankara, the capital of Turkey.

We have been told that in Kayihura’s absence, Muhoozi has been a regular fixture at police headquarters in Naguru. Our sources added that Muhoozi chairs the JOC meeting at least three times a week.

The JOC comprises of all heads of security organisations. They meet regularly to discuss security threats and challenges across the country.

According to this source, while chairing a JOC meeting on June 15, Muhoozi directed all senior security chiefs to work together to secure all the presidents and other VIPs attending the Nile Basin Summit.

We were unable to get a comment from Muhoozi by press time. Brig Richard Karemire, the UPDF spokesperson, said on Saturday that Muhoozi is chairing only the JOC meetings and is not involved in the day-to-day running of the police.

« The CDF takes the leadership of the military, not the police. When IGP is away, his deputy can take charge or other directors », Karemire said by telephone.

However, insider sources insisted that Muhoozi is getting daily briefs from senior police officers.

On his part, Kasingye said he was not aware that Muhoozi had taken charge of the police.

« If he took over police responsibilities in the absence of IGP, then ask Gen Muhoozi », he told The Observer on Saturday.

Kasingye further said that if Gen Muhoozi were away, JOC could have been chaired by the commissioner general of Prisons, Johnson Byabashaija, or the deputy chief of defence forces, Lt Gen Wilson Mbadi.

Kasingye also clarified that when Kayihura was leaving the country, he delegated all his responsibilities and duties to his deputy Martin Okoth Ochola.

« The Constitution gives powers to the deputy IGP to handle the responsibilities of the IGP when he is out of office », said Kasingye.

« Those issues can only be commented on by CDF or commander in chief who is the president, not me », he said.

Meanwhile, we have reliably learnt that police is facing some financial difficulties in the absence of Kayihura. According to our source, police undersecretary Rogers Muhirwa is under instructions not to release money to fund some operations.

« Most operations, especially from upcountry, have been recalled. Police has not been with fuel for the last two weeks. Officers have been using their money to run some operations », said a senior police officer attached to the operations directorate.

However, Kasingye explained that the IGP does not control police money.

« Police money is released on the basis of a vote. Every director has his vote and the IGP also has his vote », he said.

Kasingye added that the IGP can only block his cash vote, but not police money.

« When money comes, the undersecretary releases it to all directors according to their vote », said Kasingye, adding that he also has his vote. 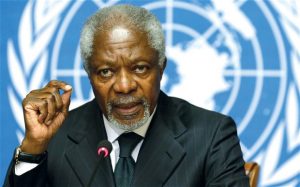 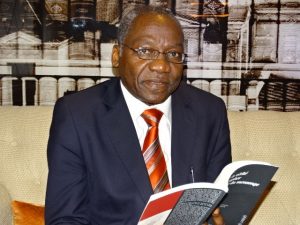