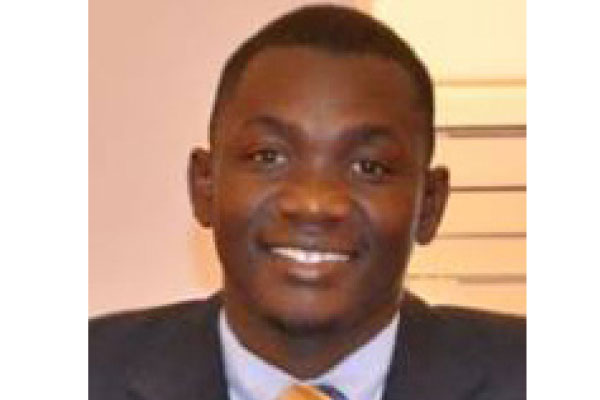 No one in his/her rightful mind can doubt that you (Mr Museveni) have been a profound president among the former presidents we have had in Uganda. In tennis you would be seeded number one.
But I have some things to share with you.

I wasn’t born when you eloquently spoke during your 1986 speech about the vicious cycle of detrimental African coup and counter coup, « We have had one group getting rid of another, only for it to turn out to be worse than the group it displaced ». I am not predicting that we will have another one of that kind. We’ve had enough in Uganda considering that we recently lost our defenseless brothers and sisters in Kasese.
We are tired of fighting one another, especially when the UPDF soldiers fail to distinguish between civilians and armed groups. The Police Force seem to only cower when they are threatened (in the words of Lt Gen Tumukunde) by a « counter force » but remorselessly abuse the rights of citizens. If you doubt this just watch the recent episodes of Ugandans being teargassed, brutalised, jailed during the Togikwatako debate.

One of your 10-point programme preaches restoration of democracy. It’s true that during your initial reign, you did a great job on this. But the recent events in our country is a revelation that you are undoing the good you sowed. Mr President how can you assent to a bill signed by 317 ambivalent and greedy MPs while dismissing Ugandans? You now attack religious leaders, who advised you to listen to Ugandans. NGOs and many civil societies are crying foul, intimidated, silenced because of your increased attack on them and increased media censorship, our land is at your mercy. The Public Order Management Act is a testament to your infringement against free speech, and the right to assemble.

You seem to have lost conscience that you are willing to do whatever it takes to glue onto the presidency. You have kicked out close friends such as the late (Eriya) Kategaya, (Amama) Mbabazi, (Miria) Matembe, Besigye and many others just because they advised you not to tinker with the Constitution. Your own ministers also fear to speak against you. Somebody once said, « The higher you rise in an organisation, the more you will hear people telling you you’re right. The more power you have, the more others will tell you what you want to hear. So you will live in a cocoon until it all comes crashing down around you ».

Abraham Lincoln once said, « If you want to test a man’s character, give him power ». Looking at Mr Museveni’s life since ascending to the throne of presidency, it’s synonymous with Lord Acton, the 19th century British historian’s words, « power tends to corrupt ». This maxim was further amplified, « Absolute power corrupts absolutely ». Research has proven that putting people in positions of power alters their behaviour in predictable ways. They become less sensitive to the needs and social cues given off by others. They violate norms of appropriate behavior, attend to their own needs.
Mr President, you can surprise Ugandans if you choose to deliberately and voluntarily relinquish power in 2021. Nonetheless, let me tell you a secret, there’s a common denominator among leaders, who are forced to leave power involuntary. They leave disgracefully. Examples include the late Gadaffi, Mugabe, Saddam, Mobutu, and Nicolae.
Leaders such as Mandela, Nyerere, and Obama served short terms and by the time they left, they were darlings of the wanainchi.
Mr Museveni, I now believe you when you say that, the problem with Africa are leaders who want to overstay in power.

As of now I can only compare you to your predecessors. But give us a chance to compare you to the leaders of tomorrow so we can ascertain, who stands tallest. You may think that you are the only one, who has a vision simply because you have adamantly declined to hand over the baton to the next leader. There’s a saying that « you may think your mother is the best cook until you visit someone else’s mother ».
Even your own advisors such as Nagenda are saying retire. Mirundi alleges that the Constitution is bleeding. You touched the term limit, touched the age limit, what else are you going to touch?

My President, the referendum is not warranted to determine whether you want to extend your years in office and those of your egotistical MPs. The EC spokesperson just said « it is expensive to hold a referendum… »

The recent framework paper by the Finance Ministry revealed a deficiency in the 2018/19 FY budget. Why not channel the alleged referendum money to increase the salaries for civil servants? But should you sanction the referendum and you lose the vote, then that will mark the end of your era in power unless you rig again. Remember, power belongs to the People.

I hope SSP Kayima will not arrest me for disturbing the peace of Mr Museveni just as he did to those two innocent musicians (Mugema and Muwanguzi). One thing I have learned of recent is that disturbing the peace of Kayihura and Mr Museveni is a chargeable offence. What an archaic law!
Anyway, if I was Mr Museveni, I would go back to Rwakitura in 2021 and milk my cows, play cards with my grandchildren.
The longer you stay, the further your legacy loses its luster. But since I am just Odong, I sign off!