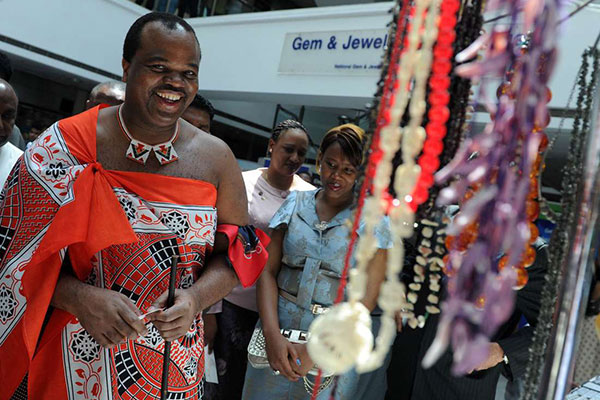 William Shakespeare wrote, « A rose by any other name would smell as sweet ».

In the case of the change of name of the independent enclave within the boundaries of South Africa from the Kingdom of Swaziland to the Kingdom of eSwatini, the appropriate phrase would be: « A poor country by any other name would be just as poor ».

The late dictator Mobutu Sese Seko changed his country’s name from the Congo to Zaire. The former name has a lyrical beauty. It embodies the dance rhythms of Africa. The name evokes the mighty Congo River snaking through the jungles where Kurtz, a character in Joseph Conrad’s novel, Heart of Darkness, came face-to-face with himself. The Congo also evokes the tragic precolonial and colonial history of Africa.

Zaire, on the other hand, lacks poetic and historical resonance. Rather, it reminds us of the tragic delusions of megalomania. So there is a sense in which a name is not just a name. But as we shall see below, Shakespeare was also right about the tragic impotence of obsessing over image at the expense of substance.

Two schools of thought have contested the definition of an African worldview since the advent of nationalism in the 1930s. One view proposed that emerging African nation-states could only achieve socio-economic progress if they reclaimed the traditions of democracy and socialism that supposedly existed in our precolonial societies.

In the heat of the anti-colonial struggle, this idyllic presentation of old Africa resonated with people. Soon after Independence, there began a process of grafting traditional values and practices onto the body-politic of the new states.

Renhold Niebuhr’s description of Nkrumah as president is representative of this process. Niebuhr writes: « The cult of personality that Nkrumah built up around himself was at least in part an attempt to borrow the trappings of a traditional chief… »

This remaking of « modern presidents into ancient kings, » as Ali Mazrui memorably put it, was happening in a context of frenetic efforts to « decolonise » every aspect of life.

Flags bearing symbols of a glorious African past became omnipresent. Countries’ names changed to reflect an African ethos. Roads and lakes were named after precolonial and postcolonial tyrants, now glorified as great humanists.

In the then Zaire, Mobutu decreed Authenticité the state ideology, claiming it would reconnect Africans to the heritage of their ancestors.

Accordingly, citizens clothed themselves in a new national dress invented by Mobutu. Then they, like Mobutu, denounced their European names.

The myth of « Hakuna matata » in Africa was hatched. At Independence Day celebrations, we sang and danced long into the night, praising Africa’s glorious past and the new dawn of freedom and prosperity.

In the early 1980s, some African scholars, most notably Abiola Irele, began to say loudly that the Emperor had no clothes, Kente or otherwise. All the philosophies proposed by Nkrumah or Mobutu or Sekou Toure that were supposed to reconnect us to our « traditional humanist past » were Trojan horses used to sneak in the dictatorship and monumental plunder from which Africa has never quite recovered.

All the so-called decolonisation – renaming of roads, changing of fashion, etc – were a clever pantomime orchestrated from fabulous palaces in our capitals and holiday homes in Europe.

The pantomime was designed to keep the population excited about imagery, symbols and myths while the substantive work of amassing great personal wealth by the elites was going on behind the scenes.

In opposition to the nationalist school of thought that argued that Africa could only progress by borrowing from the precolonial traditional society, this new wave of scholars, now joined by Kwame Anthony Appiah, said we needed first to determine what it meant to be African.

This scholarship dispensed with myths of egalitarian and a humanist past, and advocated a reinvention of Africa in the context of our national democracy and economic ambitions.

The old Africa danced feverishly around impotent symbols. The Africa of the future must be defined by progress, technology and freedom.

So it is doubly disheartening to see King Mswati III attempting to pull off a « Mobutu ». Swaziland is one of the poorest countries in the world, with a terrifying HIV prevalence rate. Changing the county’s name will not improve its fortunes.

Name is only image. Only strategic planning and optimal use of resources will. That is substance. Mswati’s action is really designed to distract people while he indulges in his favourite pastime – accumulating wealth and virgins. 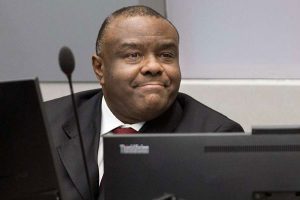 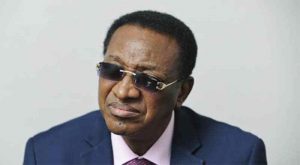