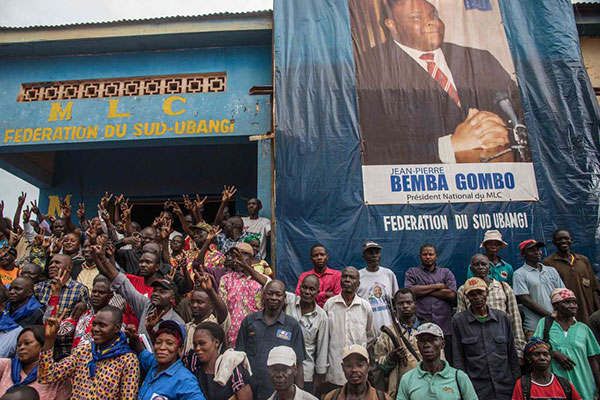 Former warlord and ex-vice president Jean-Pierre Bemba returned to the Democratic Republic of Congo on Wednesday after an 11-year absence, an AFP reporter saw.

Bemba, 55, arriving at Kinshasa airport from Belgium aboard a private plane, has vowed to contest the country’s twice-delayed elections, due on December 23.

A few minutes after landing, Bemba, accompanied by his wife, went into a VIP suite at the airport.

Hundreds of police clad in anti-riot gear were deployed in central Kinshasa and at the airport, located 25 kilometres from the city.

In June, Bemba was acquitted of war-crimes charges by the International Criminal Court (ICC) in The Hague after spending a decade behind bars.

Analysts say his return adds volatility to an already tense election for which candidates must submit their applications by August 8.

The DRC has never known a peaceful transition of power since it gained independence in 1960 — and some experts fear that the December elections may trigger a bloody conflict.

But he has stayed in office, invoking a constitutional clause enabling him to stay in power until a successor is elected.