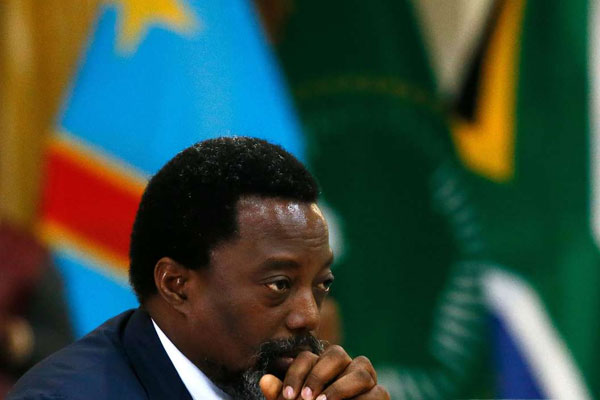 The Democratic Republic of Congo’s long-delayed election may finally take place at the end of this year.

Violence is inevitable and a return to chaos and breakdown is likely.

Each election since 2006 has been controversial and violent. The problem is President Joseph Kabila, the son of Laurent Desire Kabila, the rebel leader who ousted Mobutu Sese Seko in 1997.

The younger Kabila came to power at 29 when his father was assassinated in 2001. Though reticent, he initially impressed friend and foe alike. In a matter of months he replaced the late Kabila’s Cabinet with a youth team of technocrats; pensioned off his father’s power men in the armed forces; ended the DRC’s interminable wars; delivered a new constitution in 2005 and repaired relations with the international community.

Soon he proved both venal and incompetent. His first elections in 2006 were contentious and violent. State media, the special police and other security forces were deployed to contain his opponents, forcing the veteran opposition leader, Etienne Tshisekedi, into a boycott.

Kabila’s main rival, convicted warlord Jean Pierre Bemba disputed the results to no avail. Kabila appointed as minister of the presidency a former governor of Katanga region, Katumba Mwanke, an addicted deal maker who was soon selling hundred of millions of dollars worth of DRC’s mining rights for such low prices that some investors got back their money before the DRC got a penny.

Five years later, in 2011, Kabila was re-elected for a second and, in theory, final term in another even more violent and disputatious election. Results from 2000 polling stations in Etienne Tshisekedi’s strongholds « got lost ». The DRC’s Roman Catholic bishops described the election as « treachery, lies and terror ».

Kabila’s term should have ended in 2016. However, in 2015 he had parliament pass a law that mandated a census to be done before any future election. His supporters promptly pushed for the 2016 election to be delayed until a census was done. Riots and protests followed.

The Electoral Commission then postponed the elections to 2018, giving Kabila an unlawful two-year extension. In the meantime, the 2002 peace agreements had unravelled and the DRC’s rebel groups splintered further even as new ones emerged.

As the country heads to elections later in the year, it is teetering on the precipice, again.

Western governments have imposed sanctions on Kabila’s close advisors but these have not worked. The Catholic bishops tried and failed to find a settlement to the crisis.

Mr Kabila has ignored the Saint Sylvester accord, the peace agreement the bishop brokered in 2016, setting a framework for dialogue; agree terms for presidential elections and foreclose any changes to give Kabila a third term.

In the meantime, corruption has become a way of life, especially for the president’s friends and relatives. Some jaded Congolese, notes Jason Stearns in Dancing in the Glory of Monsters, even miss Mobutu.

Mobutu, Stearns quotes one as saying, stole with a folk but Kabila steals with a spoon. With Mobutu some crumbs slipped through the cracks. Kabila’s twin sister, Jaynet Désiré Kabila Kyungu is leading « the charge of the eating brigade ».

She has been named in the Panama Papers as co-owner of Keratsu Holding Ltd, a 19 per cent owner of Congolese Wireless Network SPRL, which, in turn, holds a 49 per cent stake in Vodacom Congo SPRL, part of South Africa’s Vodacom Group.

Last year, Vodacom SA reported that its customers in the DRC had grown by 21.8 per cent over the previous year to 10.4 million. The Kabilas are in the money.

With the deck stacked this way, a peaceful election is unlikely. There are conflicts astir in many provinces, a fact tailor-made for Kabila’s schemes to derail the elections yet again. 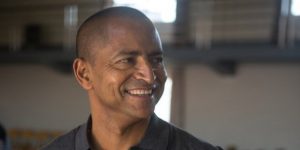 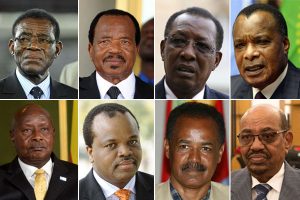