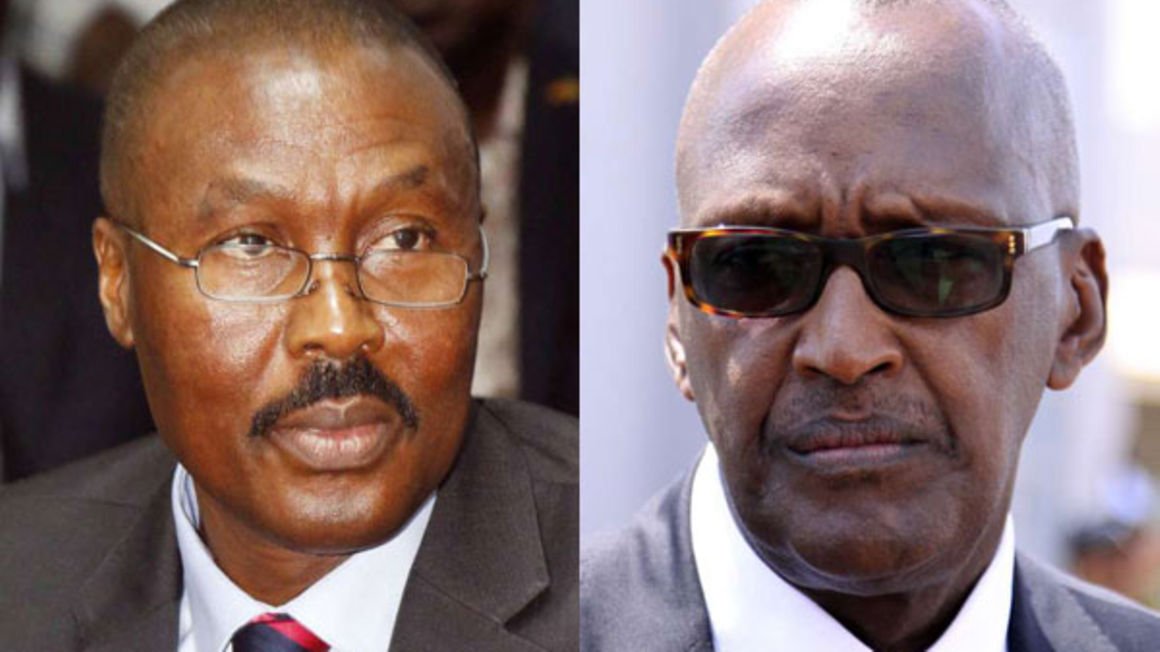 About 38 years ago, a number of professional military men joined Yoweri Museveni in his « bush war » in Luweero to depose the second Milton Obote government.

They remained comrades in arms over the years after a successful war, but come January, two of these comrades, now retired high ranking military officers will be among the 10 candidates facing Museveni on the ballot, seeking to end his 35-year grip on power. Having former military men run for the presidency is not new in Uganda, where the army has actively influenced the politics.

The retired military officer hails from western Uganda and is running on the Alliance for National transformation (ANT) party card, which he founded in March.

A son of a staunch supporter of former president Milton Obote, Muntu, to the surprise of his father and Obote, joined Museveni’s bush war right after graduating from university and helped the current government capture power in 1986.

He went on to head military Intelligence that year with personalities like the current Rwandan President Paul Kagame under his command.

His closeness to Museveni saw his fast rise through the ranks, much to the chagrin of other senior commanders.

He later served as the Commander of the Army, the highest position in the Ugandan military, from 1989 to 1998.

His fallout with Museveni started around 1995 after his stint as a member of the Constituent Assembly which enacted the 1995 Constitution. They disagreed on the military and political approach, that saw his removal from military command and appointment as minister which he rejected, quit and went on to join the opposition.

He represented Uganda in the East African Legislative Assembly in 2001.

Officer and a gentleman

In 2008, he contested for the Forum for Democratic Change presidency and lost to Dr Kizza Besigye.

Following the end of Besigye’s term in 2012, he won the party’s top leadership against Nandala Mafabi.

He served in this capacity from 2012 to 2017 when he and colleagues walked away from the party after he lost the party presidency to Patrick Amuriat Oboi.

Muntu, however, left the party on ideological differences: He had advocated strong party grassroots structures, but the current party leadership opted for defiance against the government.

He was branded a Museveni mole and weak by Besigye loyalists.

Cutting the figure of an officer and a gentleman, Muntu stands for the independence of the country’s institutions.

The former spy chief and security minister Lt-Gen Henry Tumukunde, 61, is a lawyer by profession hailing from western Uganda too.

Together with Jet Tumwebaze and Mugisha Muntu, they joined Museveni in the bush immediately after graduating from Makerere University.

He has served as the army chief of personnel and administration, Chief of Military Intelligence and the Director General of the Internal Security Organisation (ISO).

Between 1995 and 2005, he represented the army in parliament and also served in the constituent Assembly in 1994 as a representative of Rubaabo west.

His cantankerous nature has many times earned him praise from his boss Museveni but also landed him in trouble and eventually his fallout with Museveni.

At an NRM party retreat in 2003, Tumukunde, argued before Museveni and Cabinet against the then impending removal of the constitutional presidential term limits.

He said it was in contravention of the rights that they fought to establish and that he was not willing to take part in what he considered to be grossly unconstitutional behaviour.

He took his argument to parliament and local radio station, and in 2005, he was forced to resign from parliament and was subsequently arrested and court martialled for « uttering statements prejudicial to good discipline and order in the army ».

After a two-year detention, he was convicted and sentenced to a caution, allowing him to walk free.

He was, however, promoted to lieutenant-general and retired from the army.

He then became one of Museveni’s top mobilisers for the 2016 election and was later appointed minister for Security.

Barely two years later, he was dropped from Cabinet in the middle of public fights with the then Inspector General of Police General Kale Kayihura and the continued mysterious murders of women, kidnapping of children and assassinations of public figures in Kampala metropolitan area.

He surprised everyone when in March, he announced his candidature for the presidency.

He immediately became a media darling, appearing on television and radio talk shows until his arrest for treason, for allegedly insinuating on television that a foreign country should help topple Museveni.

He is running as an independent candidate under the pressure group Renewed Uganda and has been calling for a single opposition force to oust Museveni.

His supporters say Tumukunde is a mobilisation expert and the opposition can gain from working with him.

By JONATHAN KAMOGA, in The East African, MONDAY DECEMBER 14 2020 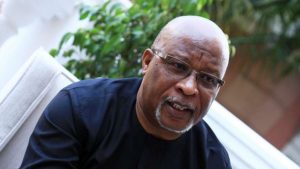