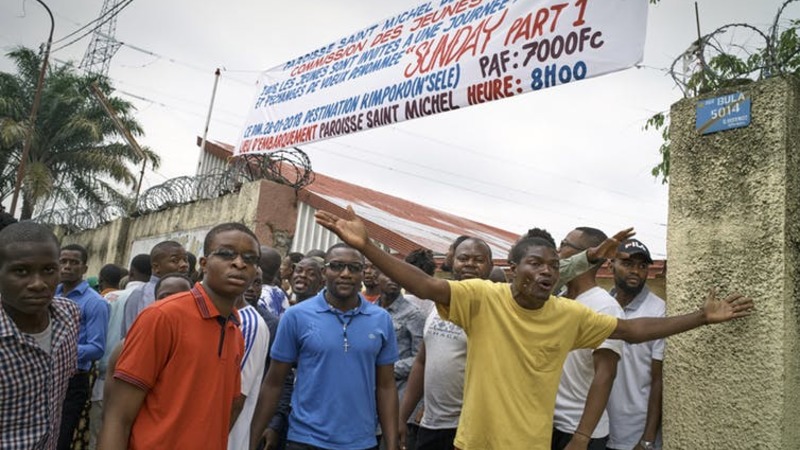 The ruling party in the Democratic Republic of the Congo (DRC), The Peoples’ Party for Reconciliation and Democracy, made an announcement recently that took everybody by surprise — that Joseph Kabila will not be its presidential candidate come the December 2018 general election.

Kabila has been in power since 2001 and was widely expected to cling to the presidency beyond his constitutional term limits. He took over after the assassination of his father Laurent Désiré Kabila who had overthrown Mobutu Sese Seko in 1997.

The country has been on tenterhooks since late July when the nomination period opened, tensely awaiting Kabila’s decision on his candidacy. He was barred from running for a third term under the country’s constitution. But many feared he would do so anyway.

The US welcomed Kabila’s decision to stand down. But Nikki Haley, US ambassador to the United Nations, noted that much more still needed to be done in terms of ensuring a stable democratic transition in the DRC.

Nevertheless, the party’s announcement means that for the first time in modern Congolese history, presidential power will be transferred through an election. Instead of Kabila, the Peoples’ Party for Reconciliation and Democracy has fronted former interior minister Emmanuel Ramazani Shadary as its presidential candidate.

Many commentators have described Shadary as a loyal regime hardliner. There should be no illusions that his candidacy means that the DRC faces a brighter democratic future. He is very close to Kabila (as he was to his father) and is unlikely to threaten the incumbant’s grip on power. Kabila will most likely pull the strings in the background if Shadary is elected president in December.

One of the founders of the Peoples’ Party for Reconciliation and Democracy, Shadary’s administrative career began in 1997 when the former president Laurent Désire Kabila, appointed him as vice-governor of the eastern Maniema province. A year later, he became governor. Maniema is an important mining centre in eastern Congo even if it’s not the most significant as it contains diamonds, copper, gold and cobalt resources.

Since 2012, Shadary has been the president of the party’s parliamentary group. He wields a lot of power in Kinshasa. Until February this year he was instrumental in organising the violent repression of protesters in the capital.

The US and EU have imposed sanctions on Shadary for his involvement in repressive activities. This means that even if he’s elected president, he will not be allowed to enter America or Europe.

That notwithstanding, the EU and the US are among the DRC’s largest donors. And their sanctions have not impeded Shadary’s rise to power.

Shadary’s candidature means that Kabila may still retain a good deal of power. There’s speculation that he could become prime minister under Shadary. The president can technically choose the prime minister under the Congolese constitution although their choice has to be ratified by the National Assembly. If Shadary was elected, and Kabila was chosen as his president, then this cohabitation would increase Kabila’s power as PM. Both men would be from the same party, the PPRD, and so the president would find it difficult to exercise power without Kabila’s support.

Both these developments – assuming the role of prime ministers as well as skipping a turn at the presidency – would be similar to the way in which Russian President Vladimir Putin held on to power. Firstly, he allowed Dmitry Medvedev to become President of Russia in 2008, only to take over the role himself in 2012. And he served as prime minister under Medvedev.

Shadary has support in his Maniema stronghold. But it’s uncertain what his appeal is beyond the region. He will nevertheless benefit from the narrow field and the resources at the PPRD’s disposal.

It’s almost certain that the hugely popular former governor of Katanga, Moise Katumbi, will not be able to run for the presidency. Katumbi, who has been in exile for two years, was denied entry when he tried to enter the DRC at the Zambian border. There has been widespread protests against the move, mainly in the southeastern city of Lubumbashi. But he hasn’t been allowed home.

First, he will have to compete with Félix Tshisekedi, the son of long-time opposition leader Etienne Tshisekedi who is trying to step out of his father’s shadow during this campaign. Tshisekedi is running on a Union for Democracy and Social Progress ticket. The party is one of the DRC’s longest lasting opposition parties, and Tshisekedi has had a lot of time to campaign. The latest poll showed that he is likely to get 19% of the vote. But without Katumbi or Kabila in the race, his chances of success have gone up.

The other man to watch is Jean-Pierre Bemba. He recently returned to the DRC after being released from prison following his conviction on war crimes and crimes against humanity being overturned on appeal at the International Criminal Court.

Bemba is trailing Tshisekedi in the polls, but has had far less time to organise his campaign. He could well turn out to be a political thorn in Shadary’s side.

As it turns out, Kabila’s decision not to run in the upcoming elections has opened up the field to some extent. The focus now shifts to Shadary, and whether he will allow his opponents the freedom to campaign in the days ahead. As Kabila has decided he’s not running, there is some hope for a more democratic DR-Congo. However, it’s unlikely to be a wholly free and fair election and it may well result in Kabila remaining in power if not in office. 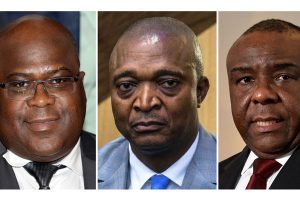 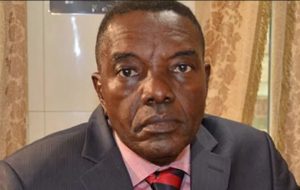