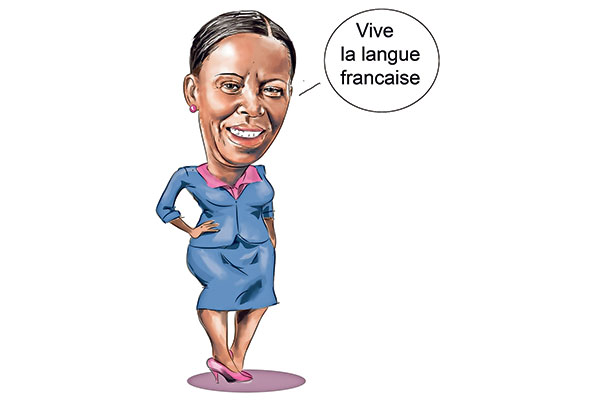 For more than a year now, Rwanda has been campaigning enthusiastically to be the next leader of the Organisation Internationale de la Francophonie, a group of French-speaking states that have political, social and economic connections with France.

The new secretary-general will be chosen at the Francophonie’s upcoming summit in Armenia in October.

Rwanda’s President Paul Kagame is already Chair of the African Union, so if his country nets the Francophonie seat, it will lead two of the world’s largest regional and global organisations.

These goals are admirable, and they address some pressing issues facing many Francophone nations. But what makes Rwanda’s Francophonie campaign particularly interesting is the country’s complicated relationship with France.

To this day, the two countries’ relations are strained – and many attribute the tension to France’s failure to accept its historical role in the 1994 genocide.

Before the genocide began, the French and Rwandan governments had worked together closely for years. Then-president Juvénal Habyarimana shared close relations with his French counterpart, François Mitterand.

Scholar Gerard Prunier has described how at the time, French officials distrusted the Rwanda Patriotic Front, then a Uganda-based rebel group of Rwandan exiles, which it considered part of an Anglo-American attempt to undercut France’s influence in Central Africa.

This concern led France to boost its support of Habyarimana despite his government’s ethnic-based public policies, which victimised Rwanda’s domestic Tutsi population – and which ultimately set the stage for the genocide.

Habyarimana was killed when his Falcon 50 aeroplane was shot down by unknown assailants on April 6, 1994, triggering the mass murder of hundreds of thousands of Tutsis. The plane itself was a French gift, and was piloted by a French crew.

What is particularly troubling for the current Rwandan government and genocide survivors is the history of French assistance in the formation and training of the Interahamwe, the killing squads that spearheaded the genocide.

After the Rwandan Civil War began in 1990, France provided arms and sent military personal to Rwanda in order to train Interahamwe forces.

Journalist Linda Melvern has researched the close relationship between French and Rwandan officials, and described how France sent military teams of « advisers » and « technical assistants » to prepare not only the Rwandan military but the Interahamwe to stop the RPF and their allies at any cost.

France has never fully accepted its responsibility for the consequences.

Since taking power and leading the formation of a post-genocide state, the RPF government has consistently held sceptical views of France and French identity.

Post-genocide reconstruction has largely tried to turn away from French influence in politics and society. The most pressing example is the demotion of the French language.

Despite Dr Mushikiwabo’s campaign to increase the language’s relevance in the international community, domestically speaking, French has been steadily demoted.

It is no longer the country’s primary language (alongside Kinyarwanda) as it was in the past. Since 2008, English has overtaken French as the primary state-recognised foreign language, and Kiswahili was recently added to the list.

But the demotion of French isn’t just about France’s troubling history in Rwanda; it also reflects a generational shift. The bureaucrats and officials who fought in the civil war and the genocide have slowly been replaced by a new generation of English-speaking Rwandans.

Additionally, many Rwandan elites within the government and private sector consider adopting English a matter of necessity, since it is generally perceived as the primary language of international trade.

Considered against this background, Rwanda’s campaign to lead the Francophonie looks odd indeed. After all, back in 2009, the country went in the other direction by joining the British Commonwealth; among the organisation’s 53 members, only Rwanda and Mozambique lack any particular historical connection with the UK.

At the time, Mushikiwabo described Rwanda entering the Commonwealth as an opportunity for the nation’s development: « Rwandans are ready to seize economic, political, cultural and other opportunities offered by the Commonwealth network ».

But there’s more to this move than meets the eye. In interviews since 2012, Rwandan informants within the government, private sector and civil society have often described to me how joining the Commonwealth was an « anti-French » decision.

So why is Rwanda campaigning to lead the Francophonie anyway? Just as it currently holds the chair of the African Union, Dr Mushikiwabo’s campaign to lead the Organisation Internationale de la Francophonie is part of a larger project: to foster a new international identity and promote state interests around the world.

Rwandan elites want the international community to perceive their country as a primary gatekeeper as they engage with Africa.

These leadership positions not only boost national self-esteem, but allow the Rwandan elite to strike international deals that can foster development.

The resulting relationships can be used not only to promote Rwandan interests, but to deflect international criticism for questionable domestic and regional human-rights practices and interfering with neighbouring states.

If Rwanda wins the campaign for secretary-general, it will have to work to not allow its past history with France to interfere with its grand plans for global influence. 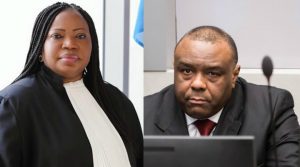