Gen Patrick Nyamvumba, appointed Minister of Internal Security in November last year, has been sacked, becoming one of the shortest-serving ministers in Rwanda.

President Kagame relieved the long-serving general of his duties « owing to matters of accountability under investigation », a statement from the Prime Minister’s Office said on Monday, without offering more details.As early as February, Gen Nyamvumba, who was ordered to report to the Rwanda Defence Forces Headquarters “pending further decisions,” was not sitting pretty after President Kagame threatened to sack him alongside the Minister of Defence, Maj-Gen Albert Murasira for what he termed lying, carelessness and indiscipline.

Gen Nyamvumba had previously served as the Chief of Defence Staff of the Rwanda Defence Force from 2013.Gen Nyamvumba’s dismissal comes at a time the army is investigating allegations that a group of soldiers assaulted, robbed and raped civilians in a Kigali slum during the coronavirus lockdown.

« Military Prosecution Department has launched investigations into allegations of criminal misconduct against citizens by few indiscipline RDF soldiers in Remera Sector, Gasabo District. The incidents occurred within the last two weeks. Five suspects have already been detained », a statement by the army stated on April 4.

« RDF assures the public that justice will take its course. The court hearing shall be held in public at the scene of the alleged crimes. RDF strongly condemns any violation of Rwandan law or RDF ethics and values by its personnel. Justice, security, and support for the affected community are our utmost priority ».

Col Byabagamba is serving 15 years in jail for insurrection, tarnishing the country, concealing arms and contempt of the national flag.

Last week, his suspected accomplices were arrested by security agencies.

Early this month, Kagame fired then State Minister for the East African Community, Olivier Nduhungirehe, for « consistently acting based on personal opinions ».In February, Diane Gashumba was sacked as Minister of Health over a scandal involving coronavirus test kits and for a « series of habitual gross errors and repeated leadership failures ».

In the same period, Kagame fired the State Minister for Education, Isaac Munyakazi, for accepting a bribe of Rwf500,000 (about $550) to doctor school rankings.He also sacked state Minister for justice, Evode Uwizeyimana, for displaying « bad manners on several occasions ». 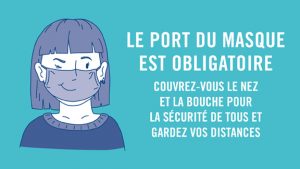