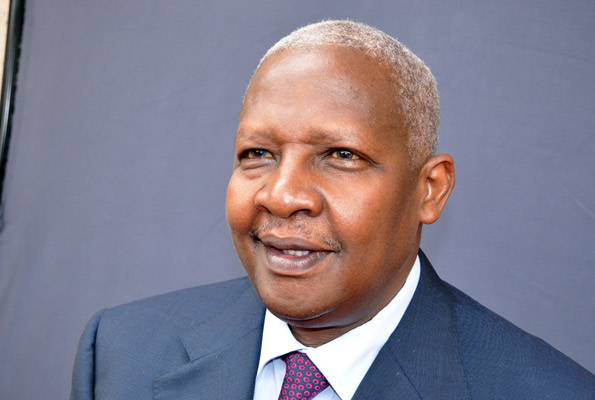 A statement by America’s Department of Justice (DOJ) of November 2017, naming Ugandan Foreign Minister Sam Kutesa as a recipient of a bribe in exchange for oil concessions and other contracts, may or may not constitute a change of policy among Uganda’s development partners.

The United States has known about and tolerated the most glaring instances of corruption for much of the 32-year lifespan of the National Resistance Movement government. Any foreign policy decisions in which morality trumped the power and profit motives do not easily come to mind.

For Kutesa personally, the acquisition of the airport ground-handling business by his company ENHAS in the late 1990s was an early indicator of how lucrative his status as the president’s in-law and permanent member of cabinet was going to be. The latest scandal relating to the allocation of oil concessions is instructive in the mechanics of underdevelopment.

Where there was potential for national progress, what the Kutesa’s were interested in was a miserable half million dollars, some unnamed ‘gifts’ including some for the president of Uganda, an e-money transfer platform and an e-ticketing platform for their transport sector business, the business itself hijacked from the public sector. Most of these they could have acquired without divesting themselves of their last shreds of dignity.

Following the Commonwealth Heads of Government Meeting in Uganda, a cable from the American Embassy in Kampala to the USA read in part: « The UK is considering visa restrictions for senior Ugandan officials guilty of misusing $27 million allocated to the November 2007 Commonwealth Heads of Government Meeting (CHOGM) in Kampala. The British say their primary target is Foreign Minister Sam Kutesa ». (2010 January 13, 14:02 From: Uganda Kampala To: Central Intelligence Agency […] Secretary of State | United Kingdom London […] Source: Wikileaks).

Mr Kutesa, together with ministers John Nasasira and Mwesigwa Rukutana, were tried in Uganda for contributing to the loss. They were acquitted in 2012 for lack of evidence. Kutesa went on to serve as president of the United Nations General Assembly beginning in 2014.

None of the above red flags discouraged development partners (USA, UK and Ireland) from supporting the NRM régime, including by providing military training and equipping the police force which are now adept at quelling all public displays of disaffection with the corrupt government. Why then has the United States chosen to embarrass the régime by naming Sam Kutesa in connection with a bribe? The answer may be that it’s just business.

The alleged bribe was from a Chinese entity primarily for oil concessions but also for other large infrastructural works. American companies are also interested in Ugandan oil concessions and potentially other business. Ambassador Jerry Lanier reported in October 2009 that American Super-major « Exxon/Mobile is considering a visit to Uganda later this year. […] We wish to support transparent management and prudent investment of oil wealth in the years ahead ».

The United States then sent a technical assistance team under the Energy, Governance, and Capacity Initiative (EGCI) in 2010 presumably to oversee, if not to influence, the allocation of oil concessions. During discussions about corruption in the new oil sector, the ambassador mentions that Kutesa was ‘noticeably quiet’. (2010 January 28, Telegram (cable) From: Uganda Kampala To: Central Intelligence Agency | […] Secretary of State | United States Africa Command. Source: Wikileaks).

Mr Kutesa’s first apparent oil-related transgression was allegedly to corrupt the process of awarding oil contracts. In a cable intercepted by Wikileaks, the American Embassy Kampala claims that both Tullow Oil which won a contract and the Italian firm ENI, which didn’t, offered bribes. (From: Uganda Kampala To: Central Intelligence Agency […] Secretary of State | United States Africa Command).

Allegations of influence-peddling in the oil sector by Mr Kutesa resurfaced in October 2011. The Americans commented that the mention of his and Amama Mbabazi’s names in the scandal was ‘inevitable’. (Email-2011-10-19 07:38:18 From: gary@ocnus.net To: responses@stratfor.com. Source: Wikileaks).

This type of influence-peddling or rent-seeking is highly corrosive of the economy. Assets including non-tangible assets that could be leveraged for the public good are sold for a pittance for the benefit of a self-centred elite. A major example would be the entire government exercise to sell off parastatals with its objectives of reducing government expenditure, making parastatals more efficient and transforming them into cash earners and has proven disappointing.

The Uganda Dairy Corporation was sold for one dollar and the state remained a minority shareholder. Whether the minority shares have ever earned significant dividends is information that remains to be published. It is unlikely because the auditor general’s report of 2016 shows the government does not necessarily collect money owed to the state by foreign investors.

For example, the Chinese Tibet Hima Mining Company was handed Kilembe Mines (after the necessary senior officials were bribed) but thereafter paid neither their initial concession fees for the tender nor invested in rehabilitating and reestablishing the mines. They earned money by simply selling electricity generated by the Kilembe Mines facility to Kasese town. Any Ugandan could have done that.

If the documents are genuine, in her increasingly importunate correspondence with Patrick Ho, Mrs Kutesa offers to facilitate Ho’s acquisition of a Ugandan bank and in fact acts as a go-between for the Central Bank and Patrick Ho. (The East African, 22 November, 2017).

Foreign banking carries strategic implications. Edith Kutesa is wholly unqualified to engage the Central Bank in discussions about admitting a foreign bank. She has certainly not been elected or employed to influence the disposal of public assets with foreigners on the country’s behalf.

Going by past experience, apart from the purchase price of the bank, there would have been no other advantages to Uganda, for example reciprocal Ugandan banking and trade rights in Hong Kong and China.

So, we now know the answer to the tired old question: What is Africa’s problem? In soliciting the payment from Ho, Kutesa pointed out his family relationship to President Museveni. He claimed that the money was for a campaign contribution for the president. Africa’s problem is its avaricious, short-sighted and shame-resistant leaders (and their wives).

But from the point of view of the United States, Kutesa’s cardinal sin was to promise oil concessions and access to business to a Chinese entity. Figures for 2015 show a net outflow of capital from Africa amounting to $41 billion a year. Unpaid concession fees, unpaid taxes, legal tax holidays, favours such as those Patrick Ho was presumably seeking, illegitimate debt and so on are included in this. With China in the game, more of the net outflows will begin to find their way to Hong Kong and Shanghai instead of London, Paris and New York. Not good business.

PENALTIES AND REPARATIONS FOR BRIBERY

Public sector bribe-takers may or may not face penalties depending on where they come from. The DOJ found that Brazil’s Odebrecht paid $785 million in bribes in twelve countries. The money funded presidential campaigns in South America as well as bribes to presidents, the wife of a president, a vice president, ministers, other public officials and allegedly an opposition leader. Most of those countries have taken some action.

Ecuador tried and convicted its former vice president. The Dominican Republic wants compensation from the company for the economic loss caused to them. Angola and Mozambique are notable for no reported action taken either against the company or individual bribe-takers.

Odebracht itself paid penalties of $3.5 million and the chief executive officer and 70 other employees received jail terms of up to 16 years (Source: BBC, 15 December 2017).

In the case of Sam Kutesa, there has been an official denial of wrongdoing by the Uganda government without even as much as an investigation by the police, the inspectorate of government or the directorate of public prosecutions, all institutions headed by political appointees.

Apart from naming and shaming, it is not known what option the United States will take from its foreign policy playbook. When contacted, the American embassy in Kampala said it would not be making a statement but referred to the DOJ’s statement. Choices include a stern warning, extraordinary rendition followed by enhanced interrogation techniques leading to a confession and conviction, régime change or anything in-between.

If no action is taken in the case of Sam Kutesa and Co, Ugandans cannot help but conclude that it is not the alleged bribe per se that is at issue, but how much of the nation’s resources they are able to funnel in the right directions. 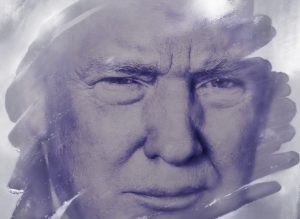