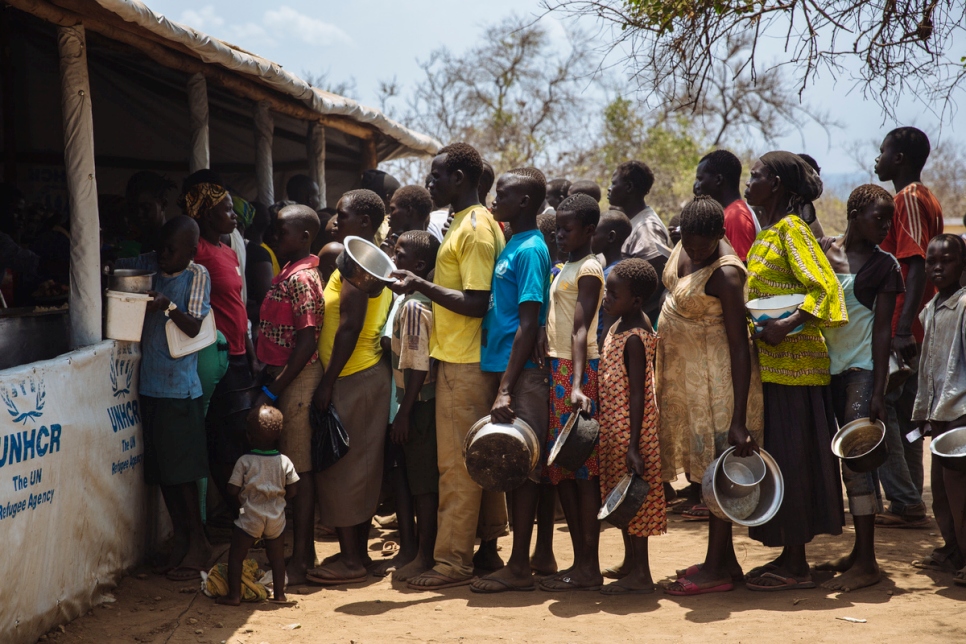 Since December 19, 2017, thousands of Congolese nationals have fled to Uganda from tribal fighting between the Lendu and Bagegere in eastern Democratic Republic of Congo (DRC). Their journey to seek refuge in western Uganda has been challenging. Some are arriving in Hoima, Kagadi, Kibaale, Ntoroko, Kasese and Kisoro districts. Others access Uganda through West Nile.

Most of the refugees are Hema, Bagegere, Kebu, Lendu or Alurs, especially fleeing from Kyomya, Tchoma, Kasenyi, Joo, Bulambira, Nyamwamba, Varamo in the Ituri Province of DRC. Tired, hungry and worried, the Congolese refugees are arriving with several concerns and uncertainties. Some have arrived wounded while several children are unaccompanied, employees of the United Nations have told Saturday Monitor. There are also various reports of Congolese who are stranded in their volatile homeland and they risk being killed because they do not have money to pay transport costs for canoes to get them across to Uganda, witnesses say. Mateso Njabu, a transporter, says he charges Shs20,000 per person he brings from DRC to Uganda.

« Some people do not have the money. They instead give me goats, mattresses and other belongings which I sell at landing sites here (in Uganda), » Mr Njabu, who makes two trips across Lake Albert on a daily basis, says. The four-hour canoe ride across Lake Albert is risky, he says. He fears that fighting groups may one day attack him, but he is enduring the risk due to the financial returns he is currently enjoying.

The turbulent waters of Lake Albert are another risk. Four refugees who were sailing on a wooden canoe across the lake died when their boat capsized early February, said Mr Julius Hakiza, the Albertine regional Police spokesperson. They were buried in Kyangwali refugee settlement.

Despite the warm reception they receive in Uganda, the fleeing Congolese are counting huge losses. Sarah Kabagenyi, 36 a resident of Gobu Village, Ituri District, eastern DRC, was hesitant about fleeing her home, hoping the fighting would stop soon.

« One morning, I saw a group of Lendu fighters attacking our village as they cut whoever they came across. I hid in the house but my two children— a two-year-old and a five-year-old, were killed, » Kabagenyi says. « I remained with only one child ». By the time of the attack, she says her husband, who trades in fish at the Uganda-DRC boarder, was away from home. « I have come with my child, a few clothes and two goats. I do not know the fate of my husband, » Kabagenyi says.

Diego Ninjabu, 38, a resident of Gobu village who has witnessed the attacks suspects that the Lendu are targeting their wealth. « We (the Bagegere) have a lot of livestock which the Lendu don’t have. We also have many businesses. I think they want to displace us so that they take over our land and wealth, » says Ninjab, a fisherman and father of six. He came with five children but he could not account for the whereabouts of one.

« I do not know whether he is dead or alive, » says Ninjab, as he shares a biscuit with his children. Baiba Kaaba, 42, a resident of Kyomya village believes fighting between the Bagegere and the Lendu is over the control of fertile land and minerals. « Each tribe wants to dominate the area and own land and minerals, » says Kaaba, who says he has lost two sons aged five and eight in the fighting.

The father of eight, who says he used to own commuter taxis and farms, says he managed to rescue his eight children. The vast eastern part of DRC is endowed with, among other minerals, gold, diamonds, copper, coltan, aluminum, which are highly sought for all over the world. The warlords, rebels, militia groups and tribal gangs control key mineral sites and they benefit from mineral revenues at the expense of their country.

The fertile soils, gentle hills, thick natural vegetation and treasured wildlife in eastern DRC have not been effectively tapped to transform the lives of the Congolese. On the contrary, the vast natural wealth precipitates conflicts that have over the years left millions dead, displaced, raped or maimed.

Rosine Mave, 18, escaped from fighting in Kyomya Village when she was pregnant. She arrived at Sebagoro landing site in Hoima district at night where she slept in the cold with her 25-year old husband. She developed labour pain and locals lifted her on their shoulders to Sebagoro health centre III, where she delivered. « We have named the baby Merci, a French name which means thank you », says Mave who is thankful to God for giving her life with her baby amidst a turbulent war in her home area.

Upon arrival at various landing sites of Kaiso, Sebagoro, Nkondo, Senjojo, Bugoma and Kitebere, the refugees are given refuge by government of Uganda in Kyangwali refugee camp. There are also others who are taken to Kyaka II refugee settlement in Kyegegwa District. There, they are allocated land for settlement and cultivation. Inside the refugee settlements is an overwhelming demand for safe drinking water, medicine, food, clothing and other necessities.

Kyangwali refugee camps hosts thousands of refugees who struggle to access safe water. They walk long distances to access the water they need. « While some may boil the water, many thirsty and unknowing children and adults simply drink the water directly from open swamps, which often results into diseases such as cholera, typhoid and worm parasites. he good news is that we are changing this by providing wells in areas where water is needed most, » says Beth Heckel, the executive director for Think Humanity, which provides education, health and other services to refugee students in Kyangwali and Kyaka II Refugee Settlement Camps.

The poor sanitary facilities and hygiene practices have triggered a cholera epidemic in Kyangwali and Kyaka II refugee camps, putting the already poor living conditions of the refugees at greater risk. Investigations conducted by the Ministry of Health confirmed that the refugees who are fleeing from DRC contracted cholera in their places of origin and along the way to Uganda, Dr Charles Olaro, in a Director General of Health Services press statement, says.

The government has set up cholera treatment centres in Kyangwali and Kyaka refugee settlements and screening of refugees at entry points for early detection of cholera is underway, Dr Olaro said. Promotion of hygiene, sanitation and use of safe water is also ongoing, but some refugees do not implement health safety measures due to failure to understand the messages. Many refugees understand either their native Lendu or Rugegere languages.

Government officials have resolved to hire translators to be able to communicate effectively with the refugees. A week ago, the cumulative number of admissions of refugees suffering from cholera stood at 12,000 in Kyangwali Refugee Camp, said Jolly Kebirungi, the camp commandant. More than 31,420 individuals have arrived in Hoima District since December 19, 2017, said Ms Jolly Kebirungi, the commandant of Kyangwali Refugee Resettlement Camp.

Mr John Stephen Ekoom, the resident district commissioner for Hoima District who chairs the district security committee, says the district is doing its best to screen the refugees for diseases, and root out suspected combatants who may wish to take advantage of the instability in Congo to infiltrate local communities Uganda. The refugees have told Ugandan security officials that armed with guns, machetes and spears, the fighters in DRC are torching their houses, cars, slaughtering domestic animals and killing people. Some armed UPDF officers were cited at the Lake Albert shoreline keeping close watch of the arriving refugees.

To prevent conflicts, while addressing the UN Security council on the prevention of conflicts in Africa on April 15, 2013, the UN secretary General Ban Ki-Moon said, we must strengthen democracy, build stronger, more resilient, accountable State institutions, ensure adequate checks and balances, promote the rule of law and work to establish effective democratic control over the armed forces. Such interventions are still relevant in the raging conflict in DRC and other parts of the world.

Like Njabu, who is taking advantage of the situation to make money by charging for transport via a canoe, a few others are following suit. The refugees arrive in Uganda with chicken and livestock, which they sell to Ugandan businessmen that have flooded the shores of Lake Albert.

« For each goat I buy from them, I get a profit of between Shs20,000 to Shs40,000, » says Juliet Nyakato, a resident of Sebagoro landing site in Hoima District.

Other businesses have sprouted to exchange DRC currency into Uganda shillings. « For each 1 million of Mille Francs that I covert into Uganda shillings, I get a profit of Shs200, 000… my business is booming, » says Maurice Ajaro, a businessman at Nyawaiga landing site who was found exchanging money for the refugees that had arrived at the shoreline. 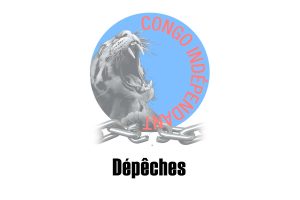