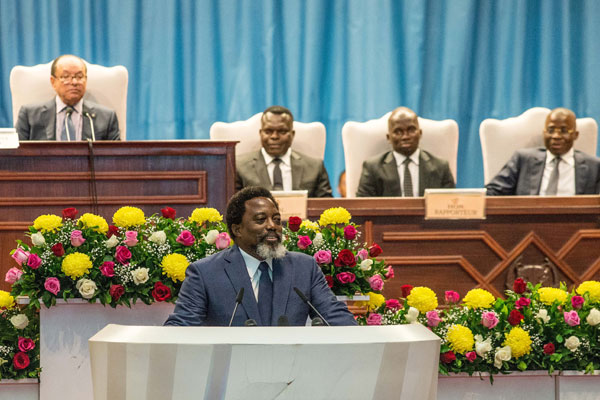 The president of the Democratic Republic of Congo, Joseph Kabila, kept his country guessing on Thursday over his political plans five months ahead of crucial elections. In a state-of-the-nation speech that had sparked intense speculation of an announcement, Kabila vowed to stand by the December 23 date for the poll, and « unequivocally respect the constitution ».

But, in a long speech enumerating his government’s policies, Kabila did not spell out whether he would seek a new term in office. The opposition reacted angrily to the speech. « It’s what the Congolese people have come to expect from someone who thinks he’s an eternal monarch, » said opposition lawmaker Claudel Andre Lubaya.

A spokesman for prominent opposition party, the Union for Democracy and Progress, said a « muscular reaction » would be forthcoming on Friday, without elaborating. Kabila has been at the helm of the largest country in sub-Saharan Africa since 2001. He was just 29 when he took over as president from his father, Laurent-Desire Kabila, who was assassinated by a bodyguard.

Dozens of people have been killed in protests since late 2016, when Kabila was scheduled to stand down at the end of his second elected term, technically the last permitted under the constitution. Kabila has kept power thanks to a constitutional clause enabling him to stay in office until a successor is elected. Fresh elections should have been held in December 2016, but were then postponed until 2017 and are now scheduled to be held on December 23.

The United Nations, the European Union and world powers have repeatedly urged the authorities to stand by the latest polling date and ensure that the ballot is fair, free and credible. The UN Security Council and the African Union’s Peace and Security Council said in a joint statement Thursday that the elections « must lead to a peaceful and democratic transfer of power, in accordance with the constitution ».

The communique, released after a meeting at UN headquarters in New York, also threatened « appropriate measures against all Congolese actors » who impede the organisation of the elections. On Thursday, Ida Sawyer, Human Rights Watch’s director for Central Africa, said: « Increased pressure is urgently needed to convince (Kabila) to change direction ».

Sawyer left the DR Congo in 2016 after working in the country for a decade when Kinshasa revoked her visa, apparently over the HRW’s frequent criticism of the rights situation. Some experts fear the vast, troubled country, which has experienced two major wars in 22 years, could spiral into a bloodbath if the election is postponed or deemed to be fraudulent. The window for registering presidential bids runs from July 25 to August 8.

A few hours before the speech, the grassroots pro-democracy movement Lucha wrote on its Twitter account that if Kabila declared his candidacy, « let us all rise up immediately to force him out, as we should have done long ago ». And if Kabila chooses not to seek another term, « let us continue to demand real elections, which are impossible with him and his CENI (the national election board) in control, » it said. 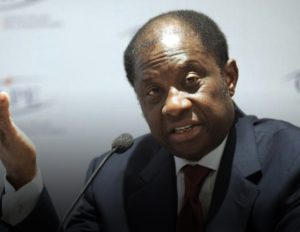