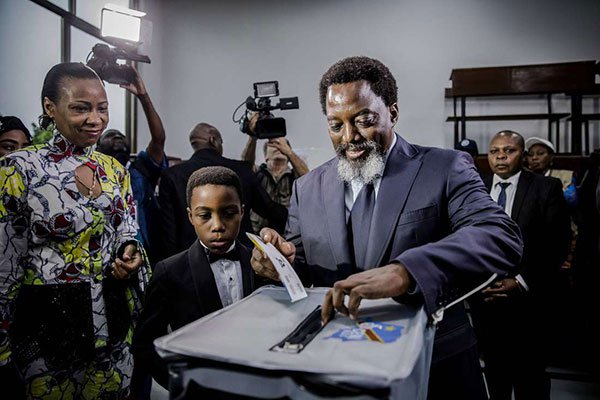 The Democratic Republic of Congo’s much-awaited election has been postponed after a fire destroyed electronic voting equipment in a warehouse.

The cause of the fire is the subject of speculation, but the incident bears an uncanny resemblance to the cases of paranormal activity in Kenya in which files containing evidence in cases involving high-profile people disappear mysteriously, witnesses vanish into thin air, self-igniting fires incinerate offices, and judges, possessed of mystical ailments, acquit people whom all evidence and witness testimony point to being guilty.

We hope, too, that they will not copy the mystical Kenyan rite where the government gathers for what is dubbed the National Prayer Breakfast to castigate the devil for the ills of corruption, tribalism, ethnic violence and poverty.

The DRC has only experienced one peaceful transfer of power; that was in 1960 when it gained Independence from Belgium.

After overthrowing and murdering Patrice Lumumba with the help of the Belgians and CIA, Mobutu Sese Seko took power.

For the next three decades, Mobutu ruled through intimidation and murder.

With the help of his sycophants and foreign criminal profiteers, he went on a legendary looting spree.

He built a fabulous palace deep in the jungle and decorated it with imported marble and furnishings.

Lavish dinners were held in the palace, with chefs flown in from Europe. By the time of his overthrow, he had amassed an estimated $5 billion.

His magnificent properties were dotted around the world.

Long before Mobutu, Belgian King Leopold II had run the Congo as a personal fiefdom.

In his day, his soldiers and hired mercenaries would chop off the hands of those who did not work hard enough or those of their children.

The tragedy of Congo is that Leopold’s pathological avarice and the extreme cruelty of his regime were simply transferred to the new black rulers.

The wealth, just as in Leopold’s time, was invested by the new rulers in Europe and America. The Congolese people, just as in the time of Belgian rule, remained some of the poorest in the world. Violence was a permanent feature in their lives.

Mobutu was overthrown in 1997 and Laurent Kabila took power. After his assassination in 2001, his son Joseph Kabila took over.

Throughout the presidencies of Mobutu, the elder Kabila and Joseph Kabila, the Congo, especially the eastern part of it, where the government has always had but tentative control, was the site of some of the worst atrocities of this and the last century.

In his passionate Nobel Peace Prize acceptance speech, Dr Denis Mukwege gave a harrowing narration of life in that part of the country.

Joseph Kabila’s term ended in 2016, but he refused to step down. There are now fears that the shoddy preparation for the election and the ghosts burning equipment are part of Kabila’s plan to stay on in power.

Another theory is that Kabila intends to manipulate the election so that his chosen successor takes over, only for him to hand power back to Kabila after one term.

What, pray, are the good things Kabila would want to continue giving the Congolese? Under him, the Congo has been just as corrupt, poor, chaotic and violent as under Mobutu and King Leopold.

What is the calibre of those in the opposition? The fact that they have failed to unite in order to stop a continuation of Kabila in power through proxy does not inspire confidence.

What the Congo desperately needs is a leadership that will quickly establish law and order, strengthen institutions, establish government in the « killing and raping fields » of eastern Congo and end epic looting.

Worryingly, the International Criminal Court has expressed fears of violence in the lead up to, during and after the elections now scheduled for December 30.

The ICC has also warned that instigators and perpetrators of violence will be held to account.

This is the stance the international community must without equivocation adopt.

Hopefully, though we should not hold our breath, the African Union will abandon its obsession with protecting African leaders from the ICC and back the institution.

In his Nobel Peace Prize acceptance lecture, Dr Mukwege pleaded with the world not to forsake the DRC. How many more mass murders and rapes will it take for the world to hear his plea? 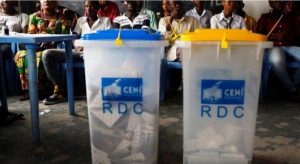