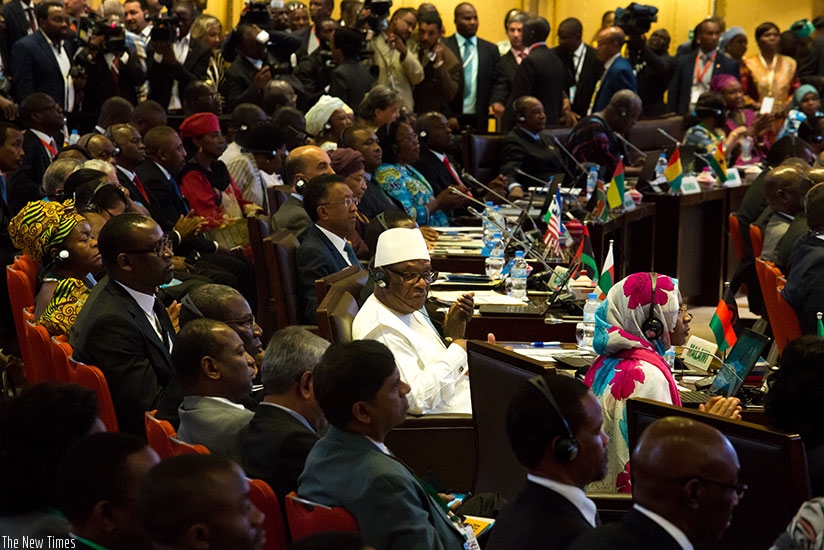 The 29th Ordinary Session of the Assembly of the African Union (AU) held in Addis Ababa, Ethiopia in July 2017, elected Rwanda to lead the Union for a period of one year, in 2018.

The 30th Ordinary Session of the Assembly of the Heads of State and Government, that convenes in Addis Ababa, Ethiopia, from January 28 to 29, will therefore be chaired by President Paul Kagame in his capacity as Chairman of the Union.

He takes over from his Guinean counterpart, President Alpha Condé.

It will be the very first time that Rwanda will lead the Union since the latter was launched in 2002.

At the 27th AU summit in Kigali in July 2016, African leaders tasked President Kagame to lead a new effort to reform the AU Commission and the Union to make them more efficient.

The AU Chair is the ceremonial head of the Union elected by the Assembly of Heads of State and Government for a one-year term.

The Minister of State in the Ministry of Foreign Affairs, Cooperation and East African Community Affairs, Amb. Olivier Nduhungirehe said the Chairmanship of President Kagame will accelerate the AU reforms programme which will allow his successors to continue on the same path, thus allowing Africa to reach its goal of self-sustenance and having its voice heard on the international scene.

Uduak Amimo, a broadcaster based in Kenya who covered Ethiopia and the AU for the BBC from 2009 to 2011, said President Kagame will bring a plain-speaking, hands-on, action-packed style to the continent that emphasises focused, responsible leadership and ownership of Africa’s development.

She said his style will have some African leaders uncomfortable because he will call them out, as he did « when they trooped to Europe for a security Summit on Africa ».

« He will lead from the front as he did in offering to resettle African migrants stranded in Libya and at risk of being enslaved », Amimo said.

« In driving the reforms agenda at the AU, he will demand that attitude and mindsets change both at the commission itself and in how African leaders engage with and support the AU ».

« Those reforms will not gather dust on shelves as many of our African decisions and initiatives have done. Under his leadership and direction, a critical mass of African countries will implement the reforms and we will see a more autonomous AU ».

According to Dr. Marco Jowell, the Director of Africa Research Group and research fellow at the School of Oriental and African Studies (SOAS), University of London, there is an opportunity for pragmatic and realistic strategic direction of Pan-African ideals which Kagame is very well placed to provide.

« Kagame is clearly highly respected by the AU having been tasked with leading its reform which bodes well for chairmanship of the continental body. He has also steered Rwanda to be leading peacekeeping contributor and is a champion of economic development and African trade, core elements of the AU’s agenda », Dr. Jowell said.

« The ideas are there, but pragmatism, consensus and the implementation of feasible activities is required for the AU to effectively meet some of its expectations ».

Africa faces insecurity though leaders have set 2020 as the year by which conflicts on the continent will have been resolved.

Nduhungirehe said that Kagame, as AU Chairman, will work closely with his counterparts around the continent on strengthening the pillars for the Agenda 2063, a strategic framework for the socio-economic transformation of the continent over the next 50 years.

« The Agenda 2063 entails the end of conflicts on the continent by 2020. This means that President Kagame will have to work closely with regional organisations and other heads of state to find sustainable solutions to conflicts and prevent their causes », Nduhungirehe said.

« Most of the conflicts we have on the continent could have been avoided if countries could talk peace », he added.

Besides the vulnerability associated with climate change and other factors there are hot spots of insecurity associated with war and conflict that require the AU’s attention. These range from the Boko Haram insurgency in Nigeria; a never ending armed conflict in the Darfur region of Sudan, the Central African Republic conflict; violence in South Sudan; repeated attacks by Somalia-based Al-Shabab terrorist group on Kenya with far-reaching effects; and Islamist militant and terrorist activity in the Maghreb and Sahel regions of North Africa.

Nduhungirehe noted that the AU has a panel of wise personalities mostly composed of former Heads of State and Government that are usually sent on missions around the continent to prop up peace talks between governments and the opposition on pertinent issues. The AU maintains peacekeepers in different African countries.

During Kagame’s Chairmanship, the Union is set to start implementing reforms under the oversight of a steering committee, the minister added.

« Africa is the poorest continent with over a billion people, but it has good weather with a lot of natural resources that could help it prosper. This means that we have a hard task of making good use of our people, land and other resources », Nduhungirehe noted.

Nduhungirehe said that it’s sad that 80 per cent of AU programmes are funded by donors though Africa could do it by itself.

Under the Kagame-led reform plan, each country will deduct 0.2 per cent of its tax income from taxable imports and contribute it to the AU commission to help the Union achieve self-reliance.

So far, 20 countries (out of 54) started remitting the contribution. It is hoped that all will have come onboard by year end.

Dr. Jowell said Kagame is clearly highly respected by the AU having been tasked with leading its reform but noted that there are a number of AU internal challenges, external challenges and many expectations which he may not be able to deliver on.

« The AU, like most multi-lateral organisations, is only as strong and able as its member states. Navigating the complex continental diplomatic relations in developing accepted and implementable policy is perhaps the greatest challenge facing the AU, not least with regional hegemons », he said.

Dr. Jowell who is former strategic adviser to the Rwanda Peace Academy said a further internal challenge is the lack of capacity.

« That is, the AU secretariat, commission and subsidiary departments and organs are significantly understaffed. At the same time an ever expanding remit of business and a plethora of meetings, strategizing and planning dominate officials’ time », he said.

Related to this, Dr. Jowell as well pointed to the issue of over reliance on foreign aid for operating costs and the obligation to cater to external demands.

« Member states must meet their pledged contributions and the AU must secure independent streams of funding. These issues result in a final but crucial challenge. Strategizing and planning is often well developed, coherent and undertaken by experienced and quality officials. However, the implementation of these plans is wrought with difficulties, not least those outlined above », he said.

Despite the positives Kagame brings, Amimo too is not unmindful of the challenges Kagame faces at the helm of the AU and, she pointed out a few particularly in the angles of self-determination and dignity; and free movement of people.

Under self-determination and dignity, she said, President Kagame has to get more than 50 countries aligned and acting together as one.

Unfortunately, Amimo added, African countries have or perceive themselves to have different and sometimes contradicting national interests.

She said: « Economies and budgetary priorities are at different levels, some countries even have their entire national budgets funded by donors. Several countries have not paid their membership dues in years, others are chronic defaulters. Some are more loyal to their colonial masters and their interests, than to the interests of their African neighbours ».

« Some countries are reliant on Western countries for their defence and security. So it will be difficult for him to change the mindset and attitudes of such countries to one that embraces ownership of and responsibility for Africa. This in turn means that there will be countries that actively and passively undermine the continent’s ambitions for self-determination and dignity ».

HOW ABOUT FREE MOVEMENT OF PEOPLE?

Amimo observes that free movement of people across borders, something high on the regional integration agenda for many countries because of the prospective trade gains associated with it, is also fraught with hurdles.

« The AU has rolled out the African Union passport; several African countries have announced that African passport holders will no longer require visas to enter their countries. However, young Africans are still risking their lives in the thousands to leave Africa and access Europe », she explained.

« A key challenge will be defining how the free movement of people relates to Africans in search of employment opportunities and refuge ».

Nduhungirehe said that Rwanda is looking forward to share her experience with and to learn from the rest of Africa.

« African countries have different histories but we can learn from each other », he said.

Asked about the view that some African countries are still under the control of their former colonial masters even as they officially gained independence, he said the most important thing is for all countries to be in position to chart an honourable future of their own and for the continent to work together on advancing African interests on the global stage.

« In many cases, we face common challenges and threats and there is need for us to unite and confront them and to pursue shared aspirations as a continent », Nduhungirehe said. 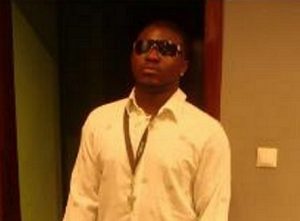 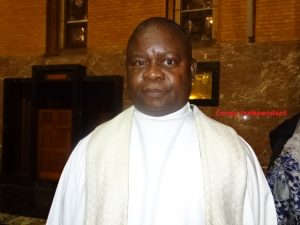