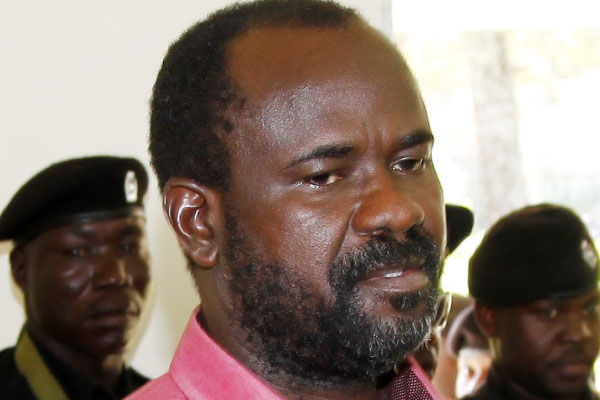 Kampala– Investigations into charges of terrorism and murder against rebel leader of the Allied Democratic Forces (ADF) Jamil Mukulu are complete and the case file has been sent to the International Crimes Court for trial.

Mr Mukulu, who is charged with 34 others on terrorism and murder, was first detained at Nalufenya Police Station in Jinja District and appeared in Jinja Chief Magistrate’s Court in 2015 before he was transferred to Luzira prison in Kampala.

Only co-accused, Dr Aggrey Kiyingi, a Ugandan cardiologist living in Australia, is not in prison. Jinja Chief Magistrate’s Court sent Mr Mukulu’s case file to the International Crimes Division of the High Court last year, but the court has not yet fixed the hearing date. His lawyer Ladislaus Rwakafuuzi said Mr Mukulu and 33 others are in Luzira prison except Dr Kiyingi. Mr Rwakafuuzi represents Mr Mukulu and two other co-accused. « We have tried to have this matter fixed for hearing but court says he can be tried at their convenience which is unconstitutional. You arrest people in a hurried manner, but when it comes to trying them in court to prove their innocence, you say this can be done at the court’s convenience. It is bad, » Mr Rwakafuuzi said.

The Judiciary spokesperson, Mr Solomon Muyita, yesterday said Mukulu’s trial could be fixed for the hearing after the forthcoming Judges Conference and the New Law Year.

Sources privy to the case said fixing the hearing date was disrupted by the two-month strike by state prosecutors late last year over pay raise, but added that since the industrial action has been called off, the trial date will be fixed soon.

Mukulu’s case file was transferred from Jinja Magistrate’s Court to the International Crimes Division because the charges are of capital nature only tried by the High Court. He is charged with one count of terrorism, seven counts of murder, nine counts of aggravated robbery, one count of aiding and abetting terrorism and one count of crimes against humanity.

Other charges are; four counts of attempted murder and one count of belonging to a terrorist organisation.

Mukulu is accused of launching a rebellion against the government and terrorising people in Rwenzori region in western Uganda before establishing his base in eastern DR Congo.

He is also linked to the spate of murders of sheikhs in the country between 2013 and 2015 and killing of two policemen of Bugiri Police Station in Busoga.

Mukulu was arrested in Tanzania in April 2015 and extradited to Uganda. He was first detained at Nalufenya police detention centre in Jinja before he was transferred to Luzira. 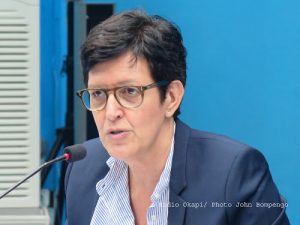