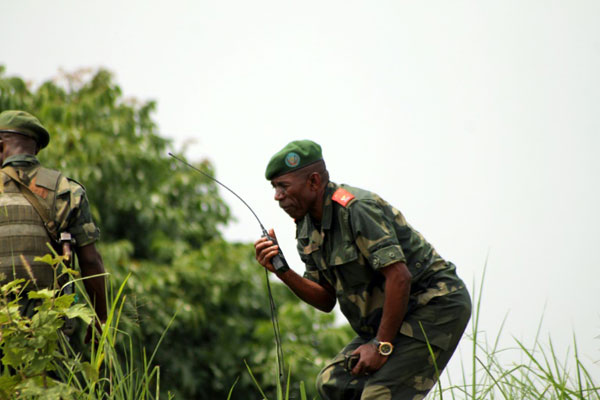 When asked to name a long-running war somewhere the world, many people are likely to point to notorious hotspots such as Afghanistan or Syria. How many would name Kivu? Yet this conflict in the heart of Africa ranks among the longest, bloodiest and potentially most dangerous wars in recent history.

Fighting in Kivu, a region in the east of the vast powder-keg state of the Democratic Republic of Congo, first flared a generation ago. It developed into two full-fledged wars that sucked in countries around eastern and southern Africa, claiming millions of lives. Today, the fighting continues at a lower intensity and without direct foreign involvement.

But it still reaps a near-daily harvest of killings, rape, maimings and torched villages, coinciding with an ongoing outbreak of Ebola — a mix that adds perilously to the DRC’s instability. « The conflict is deliberately being forgotten or played down by the international community, which is showing a kind of willful blindness, » said Omar Kavota, head of the Centre of Studies for Peace, Democracy and Human Rights (CEPADHO), a not-for-profit group based in the province of North Kivu.

The bloodshed is mainly blamed on militias derived from ethnic groups, many of which fight over Kivu’s natural resources — a traffic in so-called « blood minerals » that include coltan, a metallic ore vital for mobile phones and electric cars. According to the Congo Research Group, a study project at New York University, 134 armed groups are active in North and South Kivu, the region’s two provinces.

In August alone, it counted 49 violent deaths, 103 kidnappings and 32 clashes. On Saturday, 21 people were killed in the centre of the city of Beni by assailants wielding guns and machetes, prompting aid workers to suspend efforts to roll back an outbreak of deadly Ebola. Two days later, one person was killed and 17 kidnapped in Oicha, a town 30 kilometres (18 miles) to the south. The authorities say the attack was the work of the Allied Democratic Forces (ADF), a group rooted in Ugandan Islamism that has killed hundreds of Kivu civilians since its creation in 1995. The ADF is under UN sanctions.

Kagame’s forces entered the DRC to settle scores with Hutus who had taken part in the genocide. But civilian refugees — « between 200,000 and 300,000, » according to Belgian writer David Van Reybrouck — were the main victims. Once in power, Kabila turned against his Rwandan and Ugandan allies, expelling their forces from the country and the second Congo war ensued.

Nine African countries and more than two dozen armed groups became embroiled in the conflict, which by some estimates caused more than five million deaths from violence, disease and starvation. Some historians have dubbed the conflict « the Great War of Africa ». The war formally ended in 2003, but its embers still glow brightly, stirring fears that they could be easily fanned back into greedy flames.

The UN has devoted its biggest peacekeeping mission to the DRC, providing some 17,000 personnel and an annual budget of $1.153 billion (982 million euros). It issued a warning about instability in Kivu ahead of presidential, legislative and provincial elections on December 23, saying government forces faced « multiple » attacks. The constellation of assailants includes the Liberation Forces of Rwanda, a Rwandan Hutu group, as well as militia derived from Congolese ethnic groups.

The latest attacks have stoked dismay at the apparent powerlessness of the army and the UN, and the perceived silence of the authorities. « Enough is enough, » said Beni’s bishop, Sikuli Paluku. « How is it that even with the presence and large-scale deployment in the region of Democratic Republic of Congo’s armed forces and with the massive presence of the UN mission in Congo… we cannot end this curse? »

« We have to question our methods, we have to fine-tune our strategies, » North Kivu Governor Julien Paluku said on Radio Okapi, which was created by the UN’s Congo mission. And Anselme Mwaka, an opposition MP from the Union for the Congolese Nation said it posed « a real danger » for the holding of safe elections on December 23. 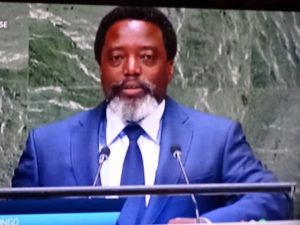