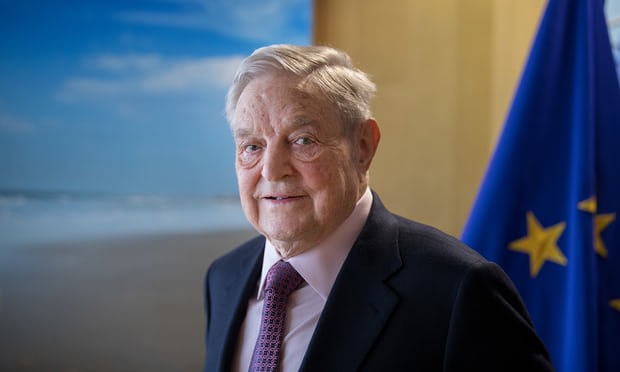 In December last year, an MP from the ruling Fidesz party of hardline Hungarian prime minister Viktor Orbán posted a photograph on Facebook showing a group of people standing next to a slaughtered pig. On the pig’s charred skin were carved the words « O volt a Soros ». The MP denied they referred to the billionaire financier and philanthropist, George Soros. The phrase can be translated either as « It was his turn, » or as « This was Soros ».

The transformation of Soros, 87, from generous promoter of democracy, human rights and open borders in the former eastern bloc and elsewhere to global hate figure for nationalists and populists from Hungary to the US has been swift.

Not only fringe figures but elected officials have routinely accused him of forcing his views on societies and even destroying them. He makes an easy and a useful enemy: a liberal, an internationalist, the 29th richest man in the world – and Jewish.

« It is a witch-hunt being pursued by authoritarian, rightwing populists, » Jacek Kucharczyk of Poland’s Institute of Public Affairs – which receives some Soros funding – said last year. « And there’s an undertone of antisemitism in it. He’s the perfect figure for explaining to hardcore voters why the world is the way it is ».

The Hungarian-American hedge fund owner first hit the headlines in Britain in 1992 after he earned a reported $1bn – and the title « the man who broke the Bank of England » – by betting on Black Wednesday. He was back on the front pages on Thursday after it emerged that his foundation had contributed £400,000 to the Best for Britain group, which aims to stop Brexit.

The Daily Telegraph called the public, well-advertised campaign a « secret plot » and described Soros as « a rich gambler … accused of meddling in nation’s affairs », prompting angry accusations that it was dredging up antisemitic slurs and shadowy Jewish conspiracies.

For much of the 1990s and early 2000s, Soros – who was born in Budapest in 1930, survived Nazi-occupied Hungary, emigrated to the UK in 1947, then settled in the US and made his fortune on Wall Street – was a low-key, even appreciated figure. His Open Society Foundations (OSF), the first of which opened in 1984, in Hungary, have funded NGOs advancing human rights, the rule of law, education, public health, LGBT and Roma rights, a free press, and even public transport networks across central and eastern Europe and in more than 120 countries.

The OSF’s endowment currently stands at about $18bn, making it the third largest charitable foundation in the world. Since 1979, and Soros’s first act of philanthropy – scholarships for black South African children under apartheid – it has given away $14bn.

Poland’s former president, Bronislaw Komorowski, awarded the financier one of the country’s highest honours in 2012 for his contribution to post-communist civil society. Orbán himself spent a year at Oxford university in 1989 on a scholarship funded by Soros.

But the tide turned against the financier during Europe’s 2015 refugee crisis, when his generous backing for the charities helping migrants, and support for the EU’s resettlement plan, brought him into direct conflict with ultra-conservative, right-wing governments including Orbán’s.

The Hungarian prime minister, on course for re-election next month, now calls Soros « an American financial speculator attacking Hungary » who has « destroyed the lives of millions of Europeans », and has based his election campaign on attacking a supposed « Soros plan » to flood Hungary with Muslim migrants.

Posters have been put up featuring a photograph of the philanthropist, who has donated $400m to Hungarian NGOs, bearing the words: « Don’t let Soros have the last laugh ».

It is not only in the country of his birth that Soros is demonised. The OSF was ejected from Russia in 2015, as « a threat to the foundations of the constitutional system of the Russian Federation and the security of the state ».

Last year, a leading MP from Poland’s ruling right-wing Law and Justice (PiS) party called Soros « the most dangerous man in the world », claiming he was financing « anti-Christian and anti-national activities ». The chair of Romania’s ruling Social Democrats say he has « brought evil to Romania ». Macedonian rightwingers have launched a group called SOS: Stop Operation Soros.

In the US, Soros’s support for groups protecting gay and lesbian rights and campaigning to reduce police violence has made him a target for rightwing attacks, further fuelled by donations to Hillary Clinton’s presidential campaign and a $10m donation to combating hate crime following the 2016 election of Donald Trump.

Some attacks go further. The philanthropist’s Jewish roots and successful career as an international financier mean he fits easily in the role of what the Simon Wiesenthal Centre, the Jewish rights group, called the « global, manipulative Jewish monster who can be blamed for all evils and problems ».

Reviving old antisemitic conspiracy theories, Russian media, for example, have routinely focused on Soros’s Jewish background; the state-funded broadcaster RT tweeted in 2016 that he « did not get his pound of flesh this time ».

In the US, alt-right campaigners opposed to HR McMaster also used a cartoon showing Trump’s national security adviser being manipulated by puppet masters labelled « Soros » and « Rothschilds » (the « Rothschilds » label was later changed to « Saudis » after complaints of antisemitism).

In Britain, the pro-Brexit campaign Leave.EU has tweeted drawings portraying the Labour MP David Lammy as a puppet with his strings controlled by Soros, and labelled the financier’s philanthropic operations « the Soros Web ». 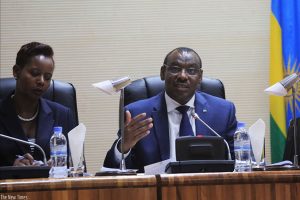