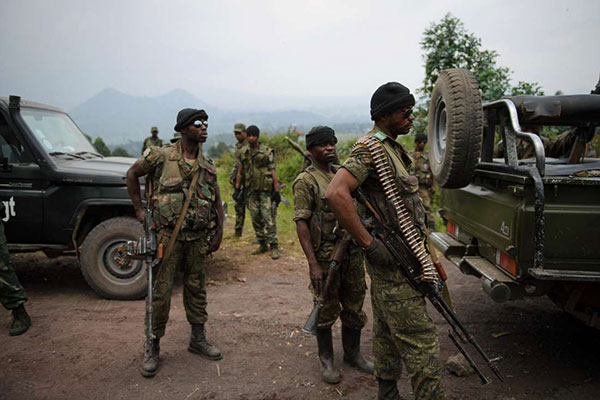 UN investigators on Tuesday accused the security forces and militia fighters in the Democratic Republic of Congo (DRC) of committing crimes against humanity in the country’s restive Kasai region.

The probe was established by the United Nations Human Rights Council last year to investigate abuses in Kasai, which was plunged into violence in September 2016 after government troops killed a local chieftain, Kamwina Nsapu.

The chieftain was opposed to the Kinshasa government and now rebels fighting in his name are battling government forces and a pro-government militia called the Bana Mura.

« Some of the abuses committed by the defense and security forces, the Bana Mura militia and the Kamwina Nsapu militia constitute crimes against humanity (and) war crimes, » the investigators said.

The report will be presented to the rights council next month.

It accused both government troops and militia members of targeting civilians in a « systematic or widespread manner, » highlighting atrocities that include murder, mutilation, rape, sexual « enslavement » and other « inhuman acts ».

« A very serious problem of impunity persists, given the scale and gravity of these crimes, » added the investigators, who were granted access to Kasai to conduct the probe.

The unrest in Kasai has claimed more than 3,000 lives and displaced some 1.4 million people from their homes, according to the Roman Catholic church, although this estimate is months old and an accurate picture of the conflict is notoriously hard to come by.

The crisis is the latest in what has proven to been one of Africa’s most troubled nations, which has been devastated by two regional wars and countless rebel insurgencies since the mid-1990s.

The UN report also noted that the violence in Kasai has become increasingly ethnically motivated since early last year.

It said that « some of the violations committed by the Bana Mura militias against members of the Luba ethnic group and attacks by the Kamwina Nsapu against the Tshokwe and Pende ethnic groups could be termed « persecution on ethnic grounds, » amounting to crimes against humanity.

The investigators called on President Joseph Kabila’s government to immediately pursue policies to disarm the militias and promote reconciliation in Kasai. But urging Kabila to diffuse the crisis may prove fruitless.

Many accuse him of intensifying DRC’s numerous challenges by refusing to stand down when his term presidential expired in 2016.

Observers have warned that the country could career out of control if Kabila seeks a third term in December in defiance of constitutional limits — or if the vote is postponed for a third time.