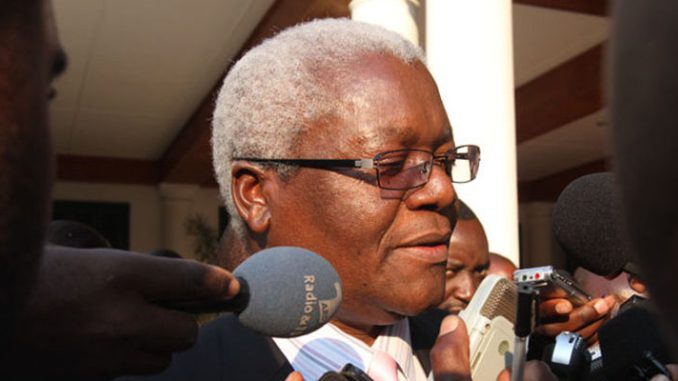 Every country with Dictatorship keeps a certain amount of money in the Central Bank in case of a coup.

This money is not touched or used by anybody except on the Directive of the President. With Zimbabwe only two days before the coup Mugabe had talked with the Israelites (Mosad) that his Military would like to make a coup.

They discussed about the cost of hiring Snipers and a Batallion to counter this.

The Isralites sent in a Foward Team to Zimbabwe two days before the coup for Reconnaissance purposes, negotiating and signing of the Contract.

The main aim was to eliminate all the Commanders of the ZDF before the implication of the coup.

On the day before the coup Robert Mugabe summoned Chombo (Minister of Finance) and Mangudya (Reserve Bank Governor).

They discussed with Mosad about the Costs. The deposit which was charged was 10 Million. Mangudya was ordered to release the money and give it to Chombo so that they would pay Mosad.

Note if this plan had come to fruitation? Kudzai Chipanga also knew about the Mosad deal. Like Amai he had all the hopes in it and never thought the coup would succeed particularly with the help of Mosad.

That is why he was so dare to read his Communique at ZANU PF Headquarters.

He was sure Chiwenga and his guys would not withstand Mosad and particularly with the assistance of Lungu who had agreed to use Zambia as Launch pad for Mosad.

Mosad had already set up an office and Drone Lounge Pad in Zambia. Mugabe, Amai, Chombo, Chipanga and Lungu never thought their plan would fail.

Thats why Chipanga was even dare enough to challenge the Generals. Back to our story. 10 Million deposit amount was collected and put at Chombo,s residence before the night of the coup. At the house were Mosad Elite snipers.

But everything went suddenly wrong for Mugabe and his team. Mangudya sold out their deal to the Generals. He told them about Mosad and the 10 Million deal.

The coup went on before the 10 million was expatriated out of Zimbabwe by Mosad.

The ZRP body guards at Chombo,s residence exchanged fire with the army. In fact they started firing.

They were now under command of Mosad. They thought no one would beat them particularly with the help of the Israelites.

At Chombo,s residence 4 ZRP body guards and 10 Mosad Snipers were shot dead. Only one ZNA soldier died. That is why the entry at Chombo’s residence was forceful.

When the resistance was crushed the second phase was to find the 10 million. During the exchange of fire between the coup soldiers and Mosad Chombo had hidden the bags containing the money in the ceiling.

Iye pachake Chombo had no personal money of this magnitude at his house. So when confronted Chombo refused any knowledge of this money. So came the thorough beating.

The soldiers knew it was there and Chombo was refusing. Chombo thought they would give him a minor beating and later leave him to enjoy his loot. He was totally wrong. It was not even Chombo who told them that the money was in the ceiling.

The Gunmen wrensacked the whole house on their own until they found the money. This dinial of knowledge of the money warranted more beatings to Chombo according to the Gunmen.

Also take note of events. Mugabe refused to resign at the first instance claiming « We have friends » meaning Mosad and Zambian Lungu. After the Coop Lungu had decided to go on with the Plan but Chiwenga threatened to take every inch of Zambia within 1 hour.

Lungu sat down with his Generals who confirmed it as true. They admitted they would not stand Zimbabwean fire power. He tried to ask for assistance from Botswana and Botswana also refused citing the same shortfalls.

When Mugabe was refusing to sign he didnt know about all these outside happenings.  When Mugabe was finally shown the battered Chombo and the dead Mosad Snippers he knew totally well that their plan had flopped.

The battle between the Generals and Chombo is not stealing Money but hiring Mosad to kill them. The battle between Chipanga and the Gunmen is not about Corruption! « No no no! » But his knowledge about Mosad and the planned elimination of Generals. Also think about it? Are Chipanga and Chombo the ONLY  Criminal elements the Army wanted to weed off ZANU PF? We have nearly a full month now. Are they not able to arrest more? You the Reader. Dont you know about other corrupt officials? Isnt it that the Generals are presently dining with some of them? Iwe. Look at things properly and with an analytic eye. This fight is personal. (Story is First Hand Information given to a Jail Guard by Chombo at his Prison Cell). True. 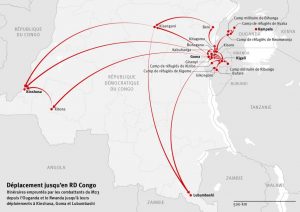