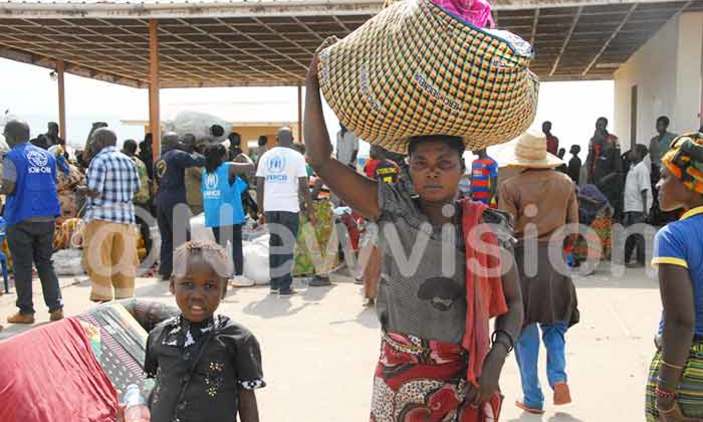 Authorities say the suspects entered into the country through Lake Albert and and settled at Kibolwa landing site in Buliisa district without proper clearance from the immigration office.

Bosco Arop, the Buliisa district Police commander, said the suspects were arrested during an operation conducted by the Police and immigration office to crack down on illegal immigrants.

« The operation followed complaints that there has been an influx of Congolese nationals entering Uganda through ungazatted entry centres, » Arop said.

He added that such immigrants pose a security threat to the country if not screened.

The arrest comes at a time thousands of Congolese nationals are fleeing tribal clashes between the Lendu and Bagegere in Ituri province, Bunia district.

The violence has allegedly forced over 10,000 Congolese to flee into the neighbouring Uganda since December last year.

In a related development, over 10,000 refugees fleeing the deadly Lendu-Hema conflict in Ituri province in the DR Congo have so far entered Uganda.

They are reportedly fleeing from a tribal fights between the Bagegere and the Lendu, while others are fleeing from areas where Uganda People Defence Forces (UPDF) soldiers are fighting with Allied Democratic Force (ADF) rebels.

Most of them enter Uganda through Kaiso, Sebagoro, Nsonga and Bugoma landing sites.

The Police Marine Forces are increasing their boat patrols in the lake to curb possible boat accidents due to overloading.

Three Congolese have told Ugandan authorities that houses are being scorched in the area and people are being attacked with machetes and firearms.

The officer in charge of Kagadi police station, Julius Jingo, said the refugees are among the 65 Congolese who were stranded at Ndaiga and Kitebere landing sites.