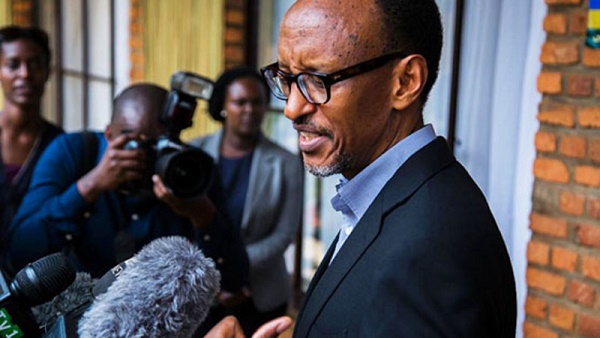 This has been another tough year for the world, and the African continent has endured more than its fair share of conflict and crises. These are the stories that are keeping Africa Editor Simon Allison awake at night.

But it’s not all bad, right? Right. Read our ‘Africa for optimists: 2017 in review’ for a less cynical take.

By 2050, Africa’s population will more than double, from 1.2-billion today to 2.5-billion. That’s according to projections from the United Nations Children’s Fund, which hopes that this extraordinary growth will deliver a « demographic dividend » that could « lift hundreds of millions out of extreme poverty ». It’s a nice idea, but the theory rests on precarious foundations — it depends entirely on all these new Africans being provided with the necessary education, healthcare and infrastructure to thrive.

The opposite scenario, as envisaged by former Nigerian president Olusegun Obasanjo, seems more likely. He says that his greatest fear is that exponentially growing numbers of uneducated, unskilled, unemployed and frustrated youth will be impossible to control. When that frustration explodes, which it must, there will be widespread political instability that cuts across boundaries of borders, class and ethnicity.

It is a threat that policymakers are starting to take seriously. Earlier this year, parliamentarians in the Economic Community of West African States (Ecowas) suggested instituting a ‘three child policy’ to reduce the region’s birth rate, which currently sits at between five and seven children per woman. Obasanjo says this policy would be impossible to implement, and instead governments should put far more resources into girl child education — including sex education — which would allow women to make informed choices about about conception.

This year, Zambia’s president Edgar Lungu has not-so-subtly attempted to dismantle some of the pillars of Zambian democracy. He has arrested opposition leaders, stifled free media and civil society, and subverted the independence of the judiciary.

This, in itself, is not surprising — he would not be the first Zambian leader to ride roughshod over Zambia’s proud democratic heritage. It’s often forgotten Zambia’s first ever president, the venerable Kenneth Kaunda himself, had a distinctly authoritarian bent, and was fond of banning opposition parties and locking up political opponents.

What is surprising, however, is the near-complete silence from the African and international community. Especially egregious was the lack of condemnation from South Africa, Zambia’s largest trading partner and the regional behemoth. This silence amounts to an endorsement of Lungu’s actions — and will, potentially, encourage him to further excesses.

The danger is that it also encourages others, both in the region and across the continent. By accepting democratic backsliding in Zambia, what message are African leaders sending to others who may be tempted to follow a similar route?

On 28 November, Uhuru Kenyatta was inaugurated for the second time as President of the Republic of Kenya. But his second term in office was fatally compromised, before it even began, by the manner in which it was achieved.

The first presidential vote, in August, was annulled by Kenya’s top court after they found evidence of serious irregularities. The second vote, in October, was boycotted by the opposition, who were worried — with good reason — that the electoral commission had not done nearly enough to fix the faults that plagued the original poll.

Both elections took place against the backdrop of high levels of political violence and intimidation, in which dozens were killed. Specific incidents stand out, like the murder of electoral commission’s IT chief Chris Msando on the eve of the first poll, and the shooting of the bodyguard of the deputy chief justice on the eve of the second poll — attacks designed to have a chilling effect on the institutions supposed to implement and then validate the vote.

Mali. South Sudan. Somalia. Central African Republic. There has been little positive movement this year in any of Africa’s enduring conflict zones, with peace talks going nowhere. Meanwhile, humanitarian crises in each of these areas only gets worse.

Where do we go from here? It’s beginning to feel like we’re running out of options. Worse, it feels like the international community — including the African Union — is running out of interest, and funding, content to do the bare minimum necessary to secure migration routes and head off potential terrorist threats.

Something needs to change. Is it time to start considering more radical proposals to achieve peace, like this one which argues for placing South Sudan under United Nations trusteeship?

However much she wanted to pretend otherwise, Diane Rwigara was never much of a threat to the electoral dominance of Rwandan President Paul Kagame. She was a political novice, with no natural constituency. She had few concrete policy proposals, and almost no airtime in local media.

She was a nobody.

This didn’t prevent Kagame from cracking down on her with the full force of the state apparatus at his disposal. She was smeared in the most vulgar, sexist fashion. Her candidacy was rejected by the not-so-independent electoral commission, despite her securing the requisite number of signatures. And then, just a month after the election — which Kagame won in a carefully-orchestrated landslide — she was arrested, along with her mother and sister.

They have not been seen in public since.

The Rwigaras, of course, are not an isolated example of the naked authoritarianism of the Kagame regime. This was also the year we learned about the habit that police have of summarily executing petty criminals; and how the military routinely tortures detainees.

History has shown us that dictatorships never last. The longer Kagame goes on like this, the more fragile Rwanda’s development gain become.

Celebrating the fall of Africa’s longest-serving president, Robert Mugabe, does not preclude deep concern about the men who replaced him.

The new president, Emmerson Mnangagwa, was Mugabe’s henchman for decades. The generals that helped him into State House have a long history of human rights abuses and corruption.

Since assuming power, Mnangagwa and the generals have moved swiftly to consolidate power. Most ominously, several senior officials — including the president’s special advisor, Chris Mutsvangwa — have openly stated that the military will be used to campaign on behalf of the ruling party ahead of the 2018 elections.

Zimbabweans have long dreamed of what Zimbabwe’s post-Mugabe future would look like. Now that it’s here, there is a real risk that the dream will devolve into the nightmare of a military junta.

Well, that was bleak and depressing. For a more hopeful take, read our ‘Africa for optimists: 2017 in review’. 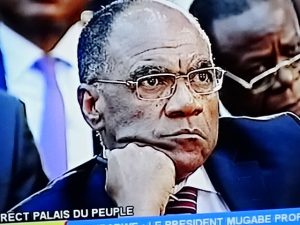